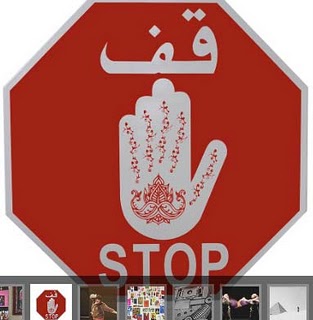 Yesterday 4 July, on London’s first ever celebration of contemporary culture from across the Arab world, organised by the Mayor of London and sponsored by HSBC. Shubbak: A Window on Contemporary Arab Culture, will feature around one hundred artists in over seventy events in more than thirty key cultural venues throughout the city for three weeks from 4 – 24 July 2011.

Shubbak (in arabic ‘window’) will feature a wide-ranging programme of events including visual arts, film, music, theatre, dance, literature, architecture, lectures and discussion, many of them free.

“The Arab world is changing fast; in some ways beyond recognition. In London we want to look beyond the stereotypes and understand a region that is diverse and dynamic in arts, culture, ideas and belief. Shubbak provides a ‘window’ through which to see the extraordinary breadth and excitement of contemporary Arab arts in key London institutions, building on a powerful sense of connection and respect. At a time of remarkable political and social change, and in a city which has welcomed many Arabs over the years, I hope this festival will make us think again about Arab culture today.”