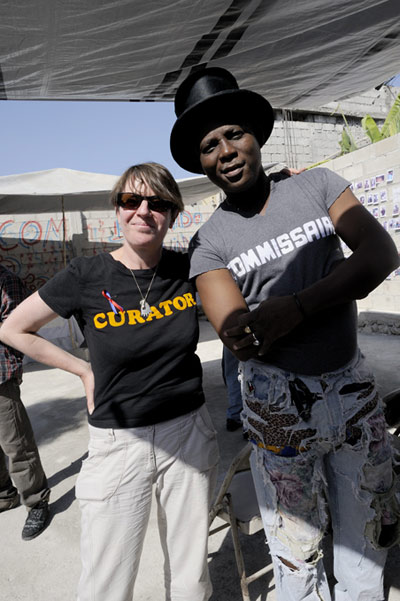 In December 2009, a group of local and international artists presented at the first-ever biennial in the Haitian capital of Port-Au-Prince, mixing art with street culture in the cleverly-captioned “Ghetto Biennale.”  This inventive art fair boldly bucked tradition with it’s unique approach to art as community rather than commodity, and lent a fresh perspective on the magic behind the creative process. The event was the embodiment of its slogan, which begs the question, “What happens when first world art rubs up against third world art? Does it bleed?”

The Biennale was founded on the hope that the event would be what writer John Keiffer called a “third space”…an event or moment created through a collaboration between artists from radically different backgrounds.” This term is an appropriation of “third world,” in an attempt to construct an independent nation of sorts with a fresh, ‘third world’ perspective on cultural, economic, and global issues. “We want the Ghetto Biennale to start a dialogue about a third space in the art world,” Gordon stated.