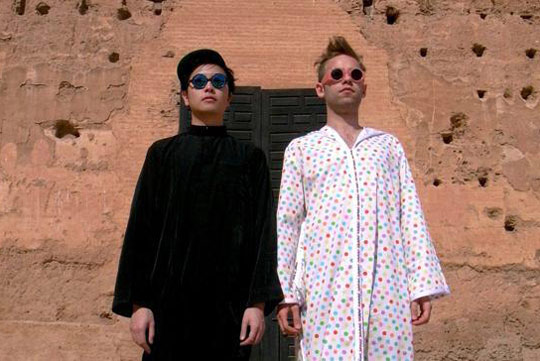 While Morocco had no Tahir Square or no-fly-zone implemented this past spring, the effects of the protests that swept North Africa weren’t lost on the country: the King conceded new powers to the parliament, resulting in a much-anticipated election earlier this month and the ascension to power of a new, moderate Islamist party. Caught in this flux of democracic progression is the Marrakech Biennale’s fourth edition, “Higher Atlas” – 29th February – 3rd June 2012. Curated by Berlin-based architecture writer, curator, and PROGRAM Initiative for Art & Architecture Collaborations director Carson Chan together with London-based independent curator and art historian Nadim Samman, the biennale has been forced into a state of adaptation, rolling with the ever-changing context of the region in preparation for what will be by-far its most visible iteration to-date.

ARTINFO Berlin spoke with Chan about the fallout from protest, the challenges of reassessing post-colonialism, and why it’s important to break the rules.

The Marrakech Biennale is distinguished among its brethren in that it combines the film, art, and literature. Are you all working in concert towards a conversation between the mediums?

Well, there’s the film, literature, and the art. All three are run by different people. So, myself and my co-curator Nadim Samman, we’re running the art. But within that we’ve also invited writers, composers, bands, musicians. We invited the band Coco Rosie and they are doing an installation, they’re recording an album in Marrakech. We invited Gideon Lewis-Kraus, who’s New York based — he’s a writer for Harpers Magazine and he’s writing a piece. We invited a composer, Christopher Mayo, and he’s writing a symphony. And we invited architects to be involved as well.