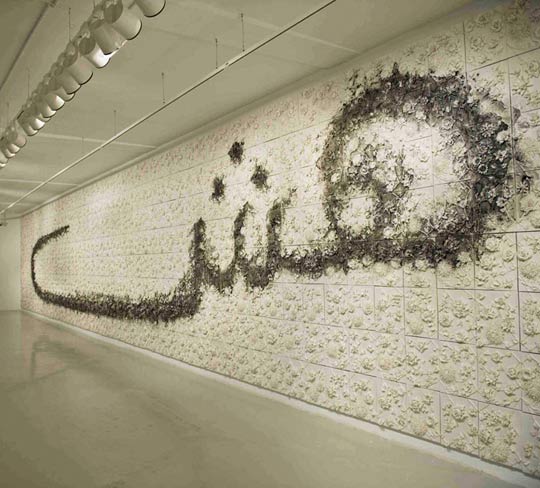 On view from December 5, 2011 through May 26, 2012, Saraab (“mirage” in Arabic) connects the history and culture of Cai’s hometown of Quanzhou, China, to that of Doha Qatar. The exhibition illuminates the long-standing but little-known multilayered relationship between China and the Arab world, dating back to the ancient maritime Silk Road.

“Mathaf: Arab Museum of Modern Art is the first institution of its kind in our region, and a major new center for art and education throughout the world,” said Qatar Museums Authority Chairperson Her Excellency Sheikha Al Mayassa bint Hamad bin Khalifa Al-Thani. “Mathaf, and the entire Qatar Museums Authority, are expanding people’s ideas about art and culture in this region. With this exhibition by Cai Guo-Qiang, we open fascinating new territory for the artist and our audience to interact and engage in exciting new ways.”

Curated by Wassan Al-Khudhairi, director of Mathaf, the exhibition showcases over 50 works installed throughout the entire museum, including 17 newly commissioned pieces, a selection of recent works on paper, canvas, and porcelain, and documentary videos on the making of Saraab and on previous works by Cai.

The Most Expensive Painting Ever $250m Bought by Qatari Roya...
Shurooq Amin was welcomed in Qatar as a poet and banned in L...
The art scene in Qatar “is an empty golden shell” ?!