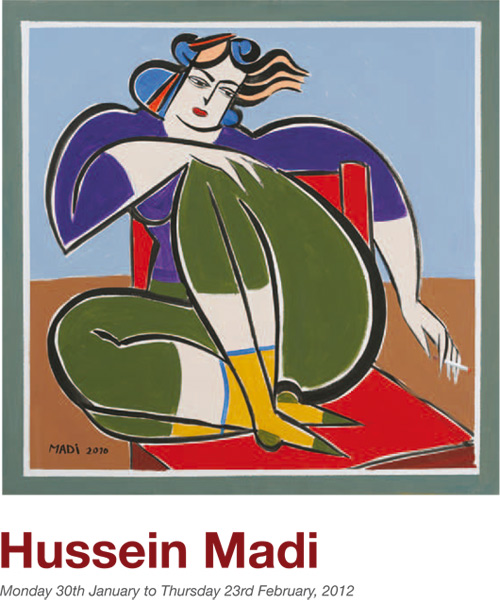 Hussein Madi, painter, sculptor, and printmaker, is considered to be among the Arab world’s foremost artists. Born in 1938 in Chebaa, Lebanon, Madi studied painting at the Lebanese Academy of Fine Arts (ALBA) in Beirut. In 1963 he traveled to Rome to pursue his studies at the Accademia di Belle Arti, the Accademia San Giacomo and a number of the city’s free ateliers.

Madi then resided in Rome for the next twenty-two years. In 1987 he returned to live permanently in Lebanon. He has had more than ninety major exhibitions all over the world. Over the course of a fifty-year astounding career, he has brilliantly covered all the major fields of endeavor in fine arts.

Exhibition will continue through to Thursday, 23rd February 2012.