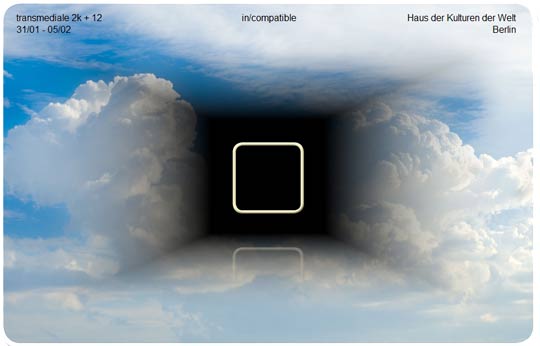 transmediale ( January 31 – February 5) engages in reflective, aesthetic and speculative positions in between art, technology and culture. An annual festival and numerous cooperation projects articulate the relationship between technology and culture in non-linear, dynamic ways. transmediale expresses a critical understanding of technology as being more than the digital as well as of the cultural being more than what is going on within institutionalised fields of production. Accordingly, transmediale is a transdisciplinary platform, always searching for new avenues of artistic, academic, activist and everyday expressions. It is a project always on the look out for projects and persons who may help in navigating, reflect on and ultimately re-model the production of contemporary culture.

transmediale was founded in 1988 as VideoFilmFest, a side-project of the Berlin Berlinale’s ‘International Forum of New Cinema’. The co-founder and artistic director Micky Kwella intended to offer a platform to electronic media productions not accepted at traditional film festivals such as the Berlinale.

Within the following 20 years, the festival steadily evolved. In 1997/98 it changed its name from ‘VideoFest’ to ‘transmediale’ in order to reflect upon the festival’s expanding programme which now embraced a wide spectrum of multimedia-based art forms. In 1999 club transmediale was founded. Focusing primarily on electronic music and club culture, it is organised by a curatorially and financially independent team.