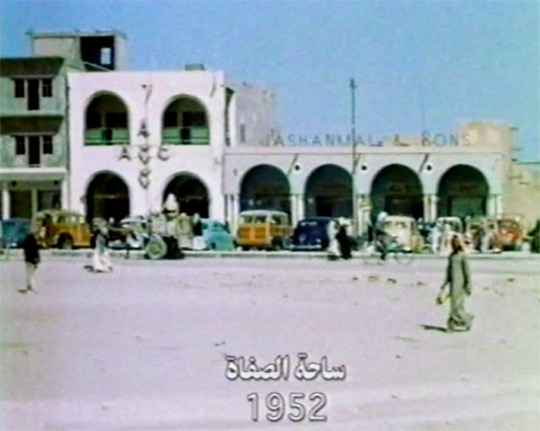 “Let There Be Night” is a 15-minute documentary which narrates the changes in Kuwaiti architecture following the discovery of oil and the consequential construction boom of the 1940’s and 1950’s. The documentary also tackles the issue of “architectural eyesores,” which the country has been witnessing from the 1990’s to date.

“Let There Be Night”  is architect Abdullah Qabazard’s vision, the result of more than 40 years of experience in the world of architecture and design; the documentary presents footage of Kuwait taken by Qabazard’s late father. “Let There Be Night”, was produced and presented in October 2010 for NUQAT Foundation’s first conference “Visual Pollution in the Arab World”.

The screening at the Contemporary Art Platform is a part of the ongoing program showcasing Jafar Islah and his peers. Tours of the exhibition will be available before and after the “Let There Be Night” showing.