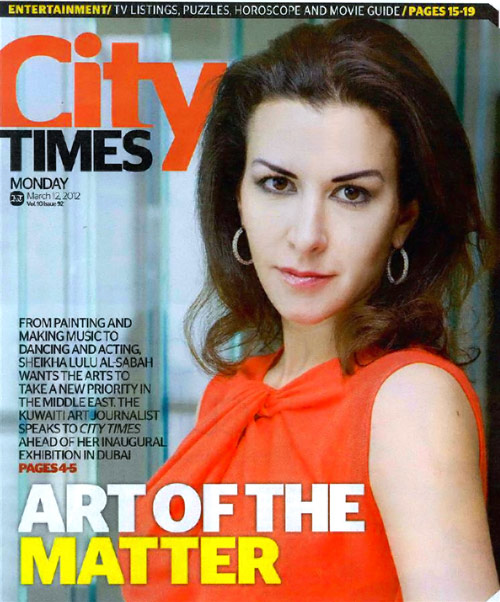 Sheikha Lulu Al-Sabah, the Kuwait-based art journalist who co-founded JAMM – an independent art advisory – is breaking ground in Dubai with the launch of an exciting fashion-centric exhibition. We speak to her about the changing role of art in the Middle East and what needs to change to sustain its growth:

Can you tell us about the upcoming exhibition by fashion photographer Michel Haddi?

I tried to find a medium that incorporates fashion and contemporary art. There haven’t been any exhibitions of fashion photography that I’m aware of here. If you look at past fashion photographers, they’re now being sold at auction, so I thought it would be interesting to find someone from our region to help launch our first exhibition in Dubai. Our guture exhibitions will be multi-influenced because that’s what Dubai is about – an intercultural melting pot – so I wanted to capture that.

Where does your passion for the arts stem from?

I was writing for a UK-based art magazine and I had asked the publisher if I could do a special issue on Kuwaiti art and artists. I didn’t know much because I was a history major focusing on the West. It was only after spending three months in Kuwait researching the artists that I realised what great underground work there was in the region. What’s so sad is that there’s no arts curriculum in the public schools. There must be great artists in the making and their talent will either never be acknowledged or never be developed. It’s sad for these kids with talent because either the parents don’t recognise it or give importance to it.

There still seems to be a stigma around pursuing art as a profession in the Arab world. What are your thoughts on this?

That’s how it was in the West at one point as well. To be honest I think it’s even harder for a female than a male. What’s very interesting is that a lot of women are in the arts because it’s seen as a safe arena, but ironically you can really instigate a lot of change through the arts. It’s tough because there are so many artists that don’t make it or don’t make enough to sustain themselves financially, and there’s only a select few that make it to that next level, and then there are artists who don’t make it until after they’re dead. In the Arab world, the stigma extends to all of the arts from acting to music. If we celebrated creative minds more, there would be less of a stigma to pursue the arts.