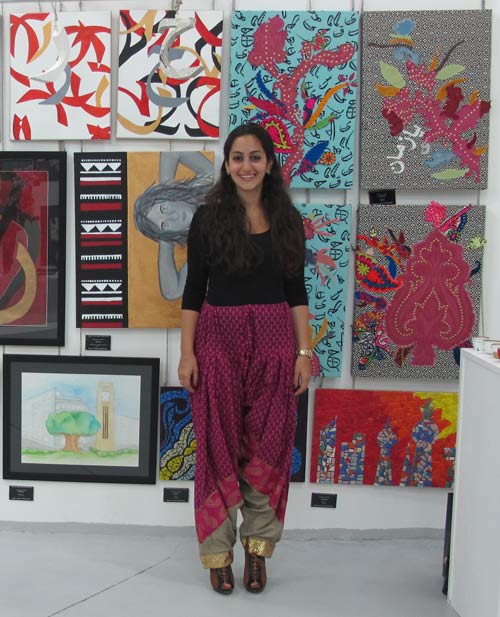 During the past two year in the IB standard Level Art program, I have developed significantly in the areas of technical skill and understanding as well as conceptual depth. During my junior year, I merely focused on Mosaics, media and myself as to the culture around me. I developed my skills towards graphite, watercolor and Mosaics. Near the beginning of my senior year, I became inspired by the Arab Spring and the current revolutions. I focused on the culture I was in, the culture I grew up around such as modern and historic war, social, cultural diversity, and political issues. For it has resulted in my wide range of skill development in multi Medias, composition, painting and compositional elements.

More or less, the strengths that I have developed in these past two years were based on proportion, use of color, balance, and composition. While, my weakness has always been the lack of connecting my thoughts and ideas (concept) onto a form of art. Sometimes the result was not what I originally intended or had previously visualized. To overcome this challenge, I have taught myself to be patient, to focus on my theme and think of my body of works as a whole, in which each artwork needs to be visually and conceptually connecting.

I was merely inspired by modern art as well as, mosaics, English and Arab calligraphy, typography historic Arab figures and Arab art. My main artists of influence are Sonia King whom I have learned the necessary techniques and styles of mosaic, Gil Claudio who has influenced my liking to calligraphy and ink, as well as new Arab product designers Tulihi and Qattan, who have given me the push and force factors to the inspiration behind my second year of DP arts because of their Arabic Arabesque and typographic products and style. 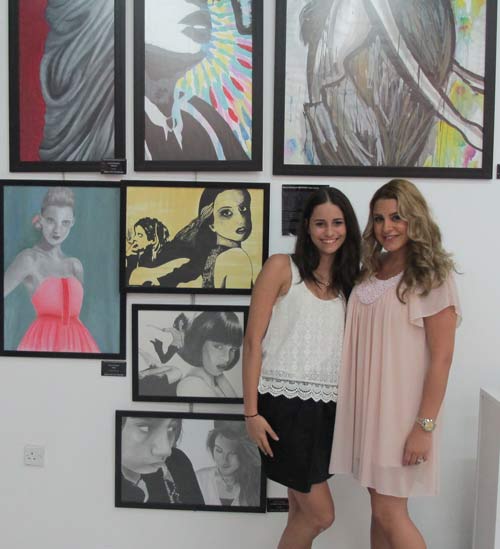 After taking the DP HL Arts course over the past two years, I feel I have gained a deeper understanding of conceptual depth in art and have been able to significantly develop my technical skills. Before joining the DP program, I leaned towards portraiture and fashion illustration when it came to my art. Throughout the DP program, I was able to develop these initial interests as well as experiment with other genres, like realism. Prior to DP art I had never taken an interest in a specific concept or issue. At the beginning of the course, I struggled in narrowing down the possibilities to select a concept. After consideration, I realized that I wanted to send a social message through my work and convey the many sides of a concept that shapes people’s lives every day: beauty. I explored beauty in different cultures and different time periods and its significance and definition throughout the ages. My work has evolved to become more symbolic, with stronger connections between my concept and artwork.

My strengths at the beginning of the course pertained more to developing a concept rather than representing it visually. This was because my weaknesses were my lack of skill with certain media and my lack of courage to leave my comfort zone. For this reason, I started with graphite, and slowly moved on to experiment with paint and photography, two mediums that I had always felt uncomfortable using.

My major influences have been Montse Bernal, Katharine Asher, and Mike Parr. Bernal and Asher both contributed to my development of technical skill, as I admired their style and the ways in which they depicted their ideas, whereas Parr, who was also an eccentric performance artist, drove me to always develop my concept further and portray it in more personal and unconventional ways. 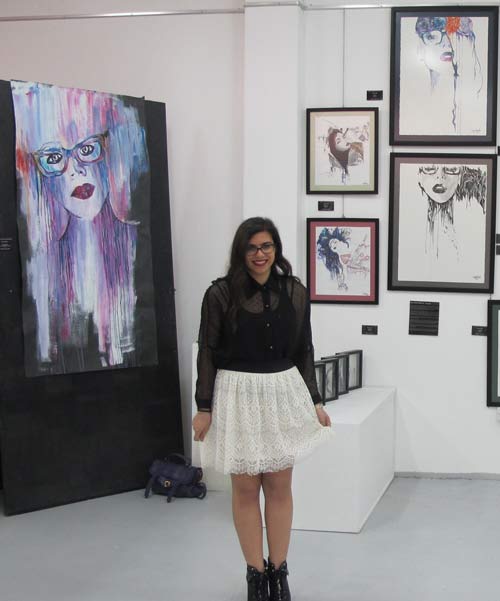 As an artist my initial purpose is to inspire others, to help them understand that there is more to a picture than specific elements and that there is a vision and there is a deeper meaning to what every stroke, line, crease and detail being included. When I paint it’s as if the whole world is still and the only thing that’s moving is my paintbrush, making it the only thing that makes me feel alive. Being a DP art student it was my chance to help me understand what kind of artist I am, and what exactly is it that I want to communicate through my art. I began to see that there is more to art than the simple technical skills, art taught me to let go, appreciate what line does to the eye, let loose, understand that the beauty of color is like a visual embrace and the intensity of how shape work. Self identity is a personal route to art, because within each artwork the focus of the vision shows a part of myself that no one see’s.

Throughout the creative process, I learned new techniques with media’s, scale, and proportion. My artworks are a body of portraits and elements. By using new media’s and scales I learned to grow and to take risks within my art, understanding that there is more to see outside my comfort zone. Within each of the body of works, I used certain flow and movement to show what is being communicated. As a whole my artworks show a map of unknown destinations that are communicated within color and shape. I myself am a gallery slowly exhibiting my artworks to the world and I see myself as a black and white spirit waiting to fully figure out how to be free, how to let the color sink, waiting to identify me. 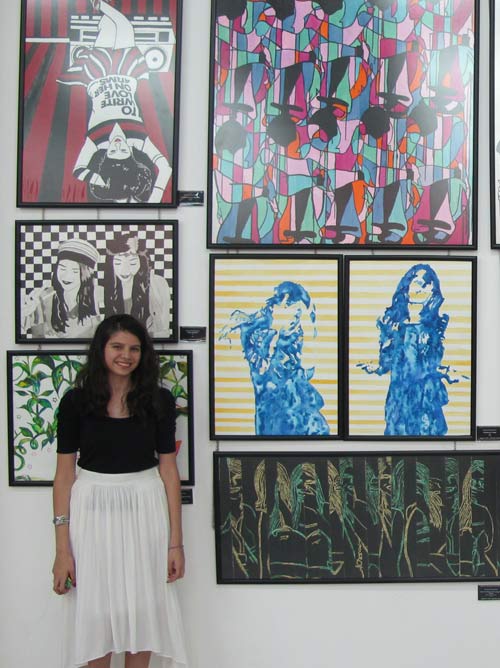 As an HLA DP Visual Arts student, I titled my BOW “Recovery”. It reflects my journey as a high school student. Recovery reflects the events I went through which had a permanent impact on me, and it also reflects exactly how I recovered – through art. Every month, I would paint whatever I was going through. Each artwork I created relates to my overall body of works because each artwork represents a milestone. My artworks complete and complement each other; they signify events, growing pains, lessons learned, and memories made.

Over the past two years, I was given the opportunity to explore a range of medias as well as artists. The media that I used most consistently was ink. The reason why I was most comfortable using this media was because ink was the one which taught me that there can be more than one use to it. It just depends on the method you use it in. I learned what this media was capable of doing, and what I was capable of, it gave me confidence. However, I also explored new media’s in order to grow as an artist and to expand my horizons. I used watercolors for the first time when I was in eleventh grade and created many artworks using this media. Acrylic paint was always my comfort zone however I wanted to try new things. Exploring a different range of media’s helped me develop skills I did not know I had.

Researching different artists from multiple cultures inspired me to commend and recognize different ideas on how to visually express myself. It also showed me how much impact culture can have over a person, and how if I had a different culture I probably would not have created this BOW. The two artists who inspired me the most over the past two years are Florian Nicolle and Stina Person. From Florian Nicolle, I learned that an artwork can be a beautiful mess and that the most unexpected media’s can be put together, and create a work of art that is beautiful and meaningful. From Stina Person, I learned that sometimes less is more. Confusing the audience and leaving them with something to think about is not always a bad thing. 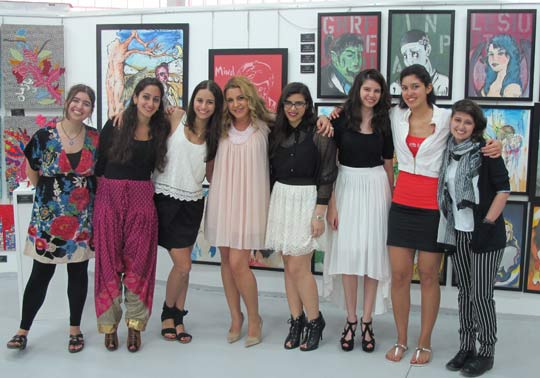