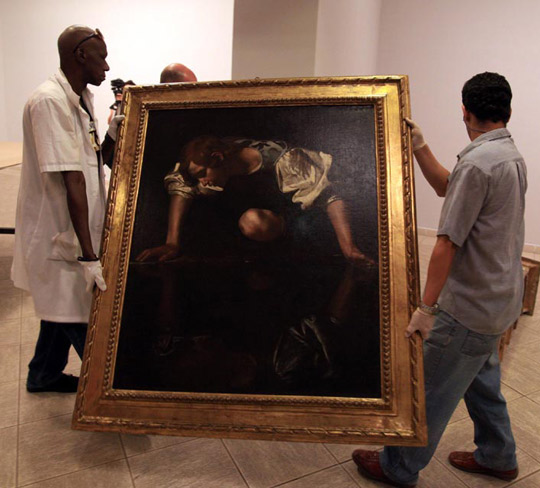 The position of Art Gallery in art scene and art market: reputation, rating and credibility – 1 part

3. Show write-up and catalogue: some galleries publish decent catalogues, while others just publish brochures, if anything at all, beyond the obligatory artist bio, CV and requisite price list. In my humble opinion, a brochure is good for promoting a take-away restaurant, not for art. Catalogues and substantial text are important to educate viewers about the concept of the show and the process behind the work. The accompanying texts that should be part of any exhibit, whether in a museum or commercial gallery, should be written by professional art practitioners who have interviewed and/or studied the artist and are able to reflect his/her visual artwork in a clear written format. Some galleries, to save on cost, make their administrative assistant do the job, or even worse they cut and paste from previous catalogues.
* Gallery Question: what kind of catalogue do you publish for every show? Who writes it? What are the efforts exerted to represent the visual and conceptual aspects behind the artworks in the written word?

4. Publications: this is an extremely important issue, which differs from the previous point, as publications imply a book or monograph. Regionally, few galleries have  the  vision  to  invest  in  their  artists  producing strong publications in the shape of very decent books and retrospective publications. This adds to the gallery’s credibility  both  regionally  and  internationally,  and  is also important for the artist. Selling the artworks makes a profit for galleries and part of this profit should be re-  directed  to  invest  in  their  artists,  for  example,  via publications.   Unfortunately,   this   practice   remains a  very  sporadic  initiative  within  the  region  at  the moment.
* Gallery Question: do you regularly publish books and monographs on your artists?

5.  Public  collections:  usually  an  artwork,  once  sold, goes to a private collection that can be seen/enjoyed by a small (exclusive) group of people. Public collections make  the  artwork  accessible  to  a  wider  audience  in addition to often adding to the reputation of the artist should  their  work  be  placed  in  prominent  public collections.
* Gallery Question: what efforts are you making to place your artists in public collections, especially in reputable museums and foundations?

6.  Art  fairs  as  outreach:  it  is  no  secret  that  art  fairs provide exposure for the gallery and the artworks they represent to a massive number of people who might not always  have  access  to  the  gallery  due  to  geographical constraints, all within a very short period. It is admirable that  some  Middle  Eastern  galleries  participate  in  art fairs internationally, besides the regional fairs. However, when  talking  to  many  galleries  in  the  region,  they often comment on how they refrain from participating in art fairs due to the cost. This is a very poor answer indeed as it indicates that they perceive art   goods in the supermarket treating it as “asset conversion cycle” (buying  at  x  and  selling  at  y  and  making  a  margin) treating their galleries as profit & loss centers (a polite way of saying a supermarket).
*  Gallery  Question:  how  many  art  fairs  have  you attended  in  the  last  five  years?  How  many  of  them were international?

7.  Auctions:  no  one  can  deny  the  role  of  auction houses  in  the  art  cycle  and  the  economics  of  the  art world.  However,  it  should  not  be  looked  at  as  the sole  aim  of  a  gallery  to  put  artworks  into  auction  to set  new,  higher  prices  for  the  artists  they  represent. Auctions  have  a  value  and  are  an  integral  part  of  the art world’s infrastructure. Auctions are another vehicle for  wide  exposure,  they  serve  as  a  way  to  document artwork  and  in  theory,  although  in  the  Middle  East auctions often lead to inflated prices, auctions establish prices  and  value  based  on  market  demand.  However, one cannot deny that auctions can be part of the foul practices of galleries who can put forward artworks and inflate  the  prices  exponentially.  Such  practice  should be  discouraged,  especially  when  putting  very  young, emerging  artists  into  auctions  at  ludicrous  prices.  As we  see  now  in  2012,  market  economics  are  expelling such a bubble-effect in the long term. For example, an Iranian artist who had an artworks reach seven figures USD at auction in 2008, is now selling at a fraction of this price, with many of their works passed-by during the 2011 auctions. It is to be mentioned that this was not the gallery’s fault as it was not them who placed the artwork in the auction; rather, it was inflated by a group of collectors who, over time, lost interest. Another very clear example is an Iraqi artist who sold one artwork in 2011 also at a 7 digit USD price, which I personally feel is neither justifiable nor sustainable.
*  Gallery  Note:  evaluate  your  efforts  with  regards to  the  above  mentioned  point  and  be  ethical  when putting artists you represent into auction.

8. Open to showcasing experimental and conceptual art: galleries should not only be focusing on making a profit through solo and group shows. Many art forms, whether installation, performance, film or new media, might not be as marketable as more traditional forms of art, such as painting and sculpture, yet all art ought to be supported by the artistic infrastructure of galleries, even commercial ones. We live in a community that is rapidly changing. The effect of revolutions can already be seen on the practice of many artists from the region, especially within the past year, who are producing work that is profound and full of socio-political commentary, but perhaps not the most ‘marketable’ in the traditional sense.  Showcasing  these  kinds  of  works,  especially  in experimental mediums, which costs money to produce, but often does not have any return, should not dissuade galleries  from  showcasing  these  kinds  of  artworks. To  date,  very  few  art  spaces  have  been  showcasing experimental work and tackling heavier, critical issues in  art.    The  ONLY  good  example  in  the  region  is “Traffic”,  which  consistently  shows  experimental  and highly  charged,  critical  artworks.  and  which  recently collaborated  on  a  two-site  show  with  another  gallery, a surprising positive and highly important move from the side of the commercial gallery. Now we await more galleries to adopt such responsibility.
* Gallery Question: what have you done with regards to the abovementioned point? If your answer is nothing then start considering an action plan.

Final Note:
It  is  worth  mentioning  that  some  galleries  turn themselves  to  non-for-profit  to  apply  for  grants. Utilizing   their   connections   they   usually   land themselves with good grants that they claim are used in  art.   Utilizing  my  x-banker  calculative  mind  to evaluate expenses versus grant value………… I can easily sense fowl play.
In  the  end,  my  opinion  about  the  Middle  Eastern region  (excluding  Turkey)  is  that  there  are  only  a handful of galleries that match the above criteria. I leave it to every gallery to look, evaluate and decide on where they stand. Also leave it those who really want to have longevity,   regional and international credibility to never stop developing and improving themseles  while  remembering  to  treat  artists  with respect and integrity.

About the Writer
After many years in corporate finance and private banking, in 2007, Omar Donia co-founded Contemporary Practices Art Journal, a specialized semi-academic art journal concerned with contemporary art in the Middle East, Iran & Turkey, which he oversees the management of through a mandate while being supervised by an international advisory board. Contemporary Practices is the first journal dedicated to art from the Middle East, Iran and Turkey and is published twice a year.