The 13th International Architecture Exhibition entitled Common Ground, directed by David Chipperfield and organized by la Biennale di Venezia chaired by Paolo Baratta, will open to the public from Wednesday August 29th until Sunday November 25th 2012, at the Giardini della Biennale and at the Arsenale.

The Preview will take place on August 27th and 28th, the awards ceremony and inauguration will be held on Wednesday August 29th, 2012.

The Exhibition will be complemented by 55 National Participations organized, as usual, in the Pavilions at the Giardini, at the Arsenale and in the city of Venice. Five nations will be participating for the first time: Angola, the Republic of Kosovo, Kuwait, Peru and Turkey.

Common Ground will consist of a single exhibition through the Central Pavilion at the Giardini and the Arsenale: David Chipperfield will present an Exhibition with 58 projects, by architects, photographers, artists, critics and scholars. Many of them responded to his invitation with original proposals and installations expressly created for this Biennale, involving in their projects other colleagues with whom they share a Common Ground. There will be a total of 103 participants.

“The emphasis of the 2012 Biennale – explains Director Chipperfield – is on what we have in common. Above all, the ambition of Common Ground is to reassert the existence of an architectural culture, made up not just of singular talents but a rich continuity of diverse ideas united in a common history, common ambitions, common predicaments and ideals. We began with a desire to emphasise shared ideas over individual authorship, and realized that this required us to initiate dialogues rather simply make a selection of individuals. ”

“The role of the architect – clarifies Chipperfield – is at best one of critical compliance. Architects can only operate through the mechanisms that commission them and which regulate their efforts. Our ideas are dependent on and validated by the reaction of society. This relationship is not only practical but concerns the very meaning of our work. In the increasingly complex confrontation between the commercial motivations of development and our persistent desire for a humane environment there seems to be little dialogue. If architecture is to be more than the privileged, exceptional moments of our built world, we must find a more engaged collaboration of talents and resources. Common Ground invites us to consider how these shared perceptions, concerns and expectations may be better directed.”

“We believe architecture to be the art of organizing the space we share – says President Baratta – and the expression Common Ground refers directly to this concept. Architecture is the tool for realizing the res publica, which is the place of individuals but belongs to everyone, it is the Artemis that metamorphoses private ownerships and desires into a public goods. In my conversations with David, I thought I detected a concern: a desire to recompose the identity of the architect in the face of the partially distorted use that has been made of his art, often with his complicity, and of the equally widespread mediocre and utilitarian use of non-architecture.”

“To speak of architecture and its complexity, of its richness, of the questions it seeks to answer – concludes President Baratta – can be useful to everyone, first and foremost because it may enhance a more qualified culture on the part of the clients, lacking which we are in danger of losing the meaning of things, of history and of real needs.” 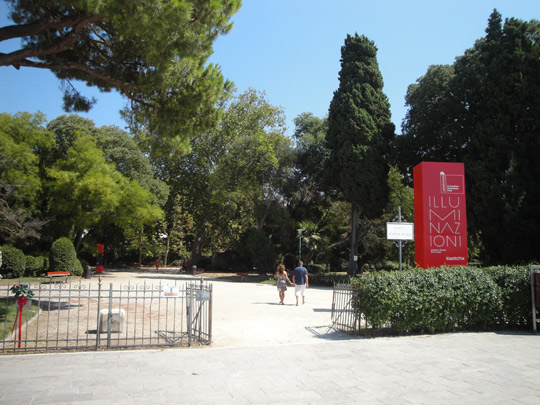 • Biennale Sessions, the program for Universities

For the third consecutive year, and following the success of the earlier editions, the Biennale will present once again a program dedicated to Universities and known as the Biennale Sessions for the 13th International Architecture Exhibition. Addressed to Universities, Fine Arts Academies, research and educational institutions in the field of architecture, visual arts and kindred areas, the goal of the Biennale Sessions is to encourage visits to the exhibition by groups of at least 50 students and teachers who will be assisted in the organization of their journey and stay. They will be able to organize seminars in a space made available to them free of charge by the Biennale. As of today, 36 universities have already signed up for Biennale Sessions, and we have not yet come to the end of the school year.

In addition, the Biennale will organize a rich program of Conversations about Architecture, meetings dedicated to themes, scenarios and specific architects, scheduled for the months of October and November.

As President Baratta explains, “the purpose of these two initiatives, Biennale Sessions and Conversations about Architecture, is to confirm the role of the Biennale di Venezia as an institution open to knowledge and to the spirit of research”.

Also scheduled for the year 2012 is a program of Educational activities addressed to individuals and groups of students from schools of every grade and level, of universities and architecture schools, professionals, companies, experts, amateurs and families. The activities, led by staff members selected and trained by the Biennale di Venezia, encourage the active involvement of participants, and are divided into Guided Tours and Workshops.

The inauguration and awards ceremony of the 13th International Architecture Exhibition will be held on Wednesday August 29th at the Giardini, with the conferral of the official awards assigned by the international Jury.