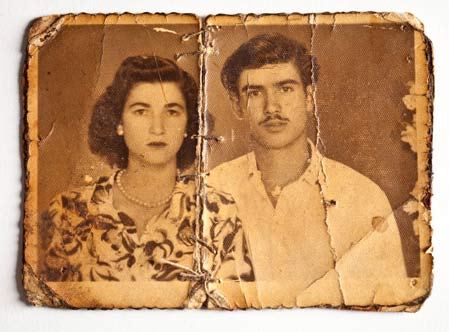 Manifesta 9, the European Biennial of Contemporary Art, will take place from June 2 until September 30, 2012 in the former Waterschei coal-mining complex in the city of Genk, Limburg (Belgium), under the direction of curator Cuauhtémoc Medina (Mexico) and co-curators Katerina Gregos (Greece) and Dawn Ades (United Kingdom).

The Deep of the Modern intends to create a complex dialogue between different layers of art and history. Its point of departure is the geographical location itself. The remains of the Waterschei mine in Genk, Limburg, which comprise the main venue of Manifesta 9, are not the only protagonists in this story. The Deep of the Modern was perhaps inspired most by the overall geographical-ecological “mining machine” that transformed the region over the course of the 20th century, giving rise to a complex landscape of garden cities, landscape planning, canals, roads and railroads.

The Deep of the Modern will be developed in three sections.

I. Poetics of Restructuring consists of contributions from 39 contemporary artists, focusing on aesthetic responses to the worldwide “economic restructuring” of the productive system in the early 21st century.

II. The Age of Coal presents artworks from 1800 to the early 21st Century about the history of art produced with a direct aesthetic relationship to the industrial era. 17 Tons explores the cultural production derived from shared memory, and those traits that unify the many people influenced by coal-mining, traversing the Campine region of Limburg, and elsewhere in Europe.

III. The heritage section 17 Tons consists of 17 small exhibitions, scattered throughout the exhibition as an archipelago. It is a series of collaborations between individuals and institutions who, although coming from many different disciplines and social strata, continue to activate the collective memory and to preserve both the material and immaterial heritage of coal-mining. The title of the show refers to the well-known anthem of coal miners from around the world (16 Tons recorded by Mere Travis in 1946), the title of one of the most famous installations by Marcel Duchamp (Seventeen miles, 1942), and our aim to suggest the need to step beyond the present-day interpretation of how memory and artistic practices refer back to the coal-mining industry.

Curator Cuauhtémoc Medina: “Memory is inscribed on the surface of a photograph, whether of a lover or an employee. It resides in the heft of a pneumatic pick, and accrues in the callous on an experienced embroiderer’s index finger. It lies coiled in the smell of a prayer mat, as well as in the prescribed sequence of gestures that would bring one’s nose close enough to breathe it in.”

The publication accompanying Manifesta 9 is being devised to encompass both the fragmentary and larger arguments proposed by the curators, to break from the mould of the exhibition catalogue. It suggests the form of an encyclopedia, as a reference book and as a record of the research processes behind the biennial.

The Deep of the Modern.
Contemporary and Historical Art in Dialogue with Heritage.