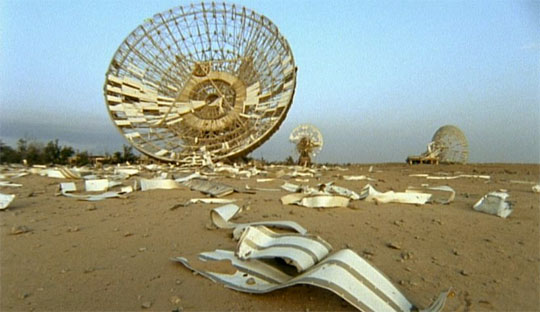 The British Council and CAP

invite you to a screening of Werner Herzog’s 1992 film, Lessons of Darkness,

In the lead up to the Out of Britain exhibition (19th September – 25th October 2012), the British Council in collaboration with CAP, will run a series of events and lectures that will explore landscapes in contemporary Kuwait and the Middle East.

As the first of this series, Herzog’s film presents the voice of the desert landscape in post-Gulf War Kuwait.

Shot in documentary style on 16mm film from the perspective of an almost alien observer, Werner Herzog’s film Lessons of Darkness (1992) surveys the ravaged landscape of post – Gulf War Kuwait.

By stripping the setting of its geographical and political context, Herzog presents the voice of the desert, and uses his fictional documentary to tell a new story of the landscape through familiar imagery.