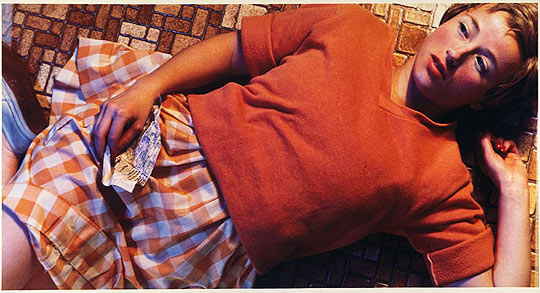 An analysis of data provided by artnet, however, suggests that the prospects for women are slowly improving. Compare, for example, the top ten most expensive male and female artists. Admittedly $86.9m, the highest price for a work by a post-war male artist (set by “Orange, Red, Yellow” by Mark Rothko) dwarfs the highest price paid for a work made by a woman—$10.7m for Louise Bourgeois‘s large-scale bronze “Spider”. However, of the top-ten men, only two are living, whereas among the top-ten women, five are still working (see chart below).

“Attitudes are changing generationally,” says Amy Cappellazzo, chairman of post-war and contemporary art development at Christie’s. “It wasn’t long ago that it was hard to be taken seriously as a woman artist. There will be some remedial catch up before women artists have parity on prices.” 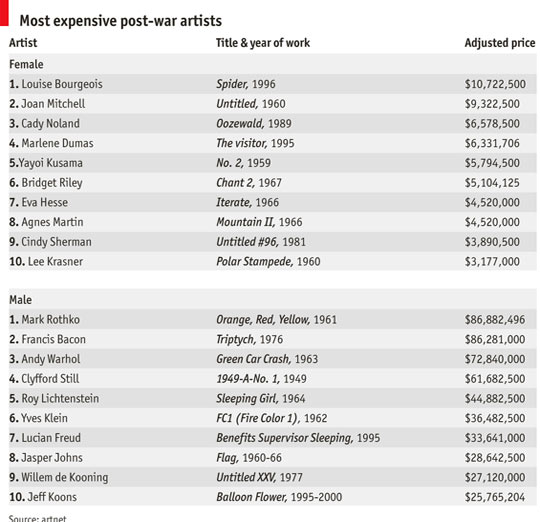 Read full article: The Economist – The price of being female artist