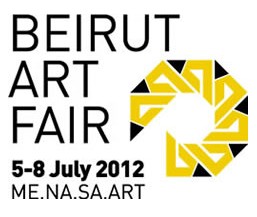 The third edition of the international fair of modern and contemporary art BEIRUT ART FAIR will be held from 5 to 8 July 2012 at the Beirut International Exhibition & Leisure Center (BIEL), with 40 galleries from the Middle East, Europe and North Africa, showcasing their flagship artists. With the participation of 27 new top-notch galleries, BEIRUT ART FAIR asserts its role and its influence on established and emerging international art scenes and wishes to impose its status as a hybrid fair.

In 2011, the fair was attended by 25 international galleries and has proposed several cultural exhibitions, which attracted over 10,000 visitors – collectors, journalists, artists, amateurs and professionals from the world of art. The enthusiasm associated with the first two editions demonstrates a true artistic and economic develop- ment in the «ME.NA.SA.» region, which stretches from Morocco to Indonesia.

This year the fair expands its scope with design with the participation of several international galleries, which have chosen to exhibit the work of their creators, in Beirut in July.

This year, BEIRUT ART FAIR has accentuated its exceptional artistic initiative with the support of cultural institutions, and received the patronage of the Arab World Institute as well as the labeling of the Cultural Council of the Union for the Mediterranean. Moreover, the 2012 edition has once again appealed to spon- sors and partners invested in the BEIRUT ART FAIR project, which gathers a committee of collectors that brings together hundred personalities from the arts community in Lebanon, Egypt, Saudi Arabia, UAE, Qatar, Kuwait, and also in Europe.

Dar Al Funoon Gallery will partecipate MENASART Fair
Ayyam Gallery’s auction in Beirut – 15th of July
Shurooq Amin was welcomed in Qatar as a poet and banned in L...