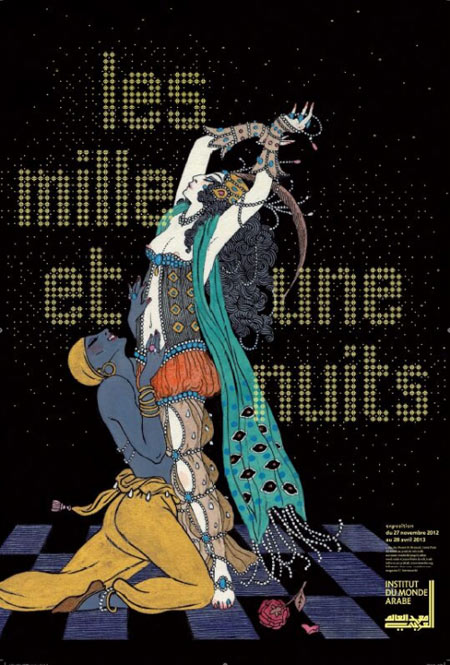 Full of flying carpets, genies, love and battle, a Paris show that opened Tuesday lifts the curtain on “One Thousand and One Nights”, exploring the roots of the folk tales and their powerful influence in the West.

Through some 350 manuscripts, artworks, artefacts and film clips, the show at the Arab World Institute traces the tales’ journey from their origin in Indian and Persian folkore, to their translation into Arabic in the eighth century. And it highlights how the French Orientalist Antoine Galland brought the “Nights” to Western audiences in 1704, translating a manuscript of 35 original tales, and weaving in 35 others gleaned from his studies of the region. Aladdin, Sindbad and Ali Baba — figures today entrenched in Western popular culture, as illustrated by a 19th-century lithograph advertising a London play on Sindbad — all owe their glory to Galland’s creative reworking of the tales.

“The Thousand and One Nights cast their spell over all the arts, from theatre to fashion, music to cinema, painting to opera, photography or literature, generating more images than any other work of the mind,” write the curators Elodie Bouffard and Anne-Alexandra Joyard in their introduction to the show. 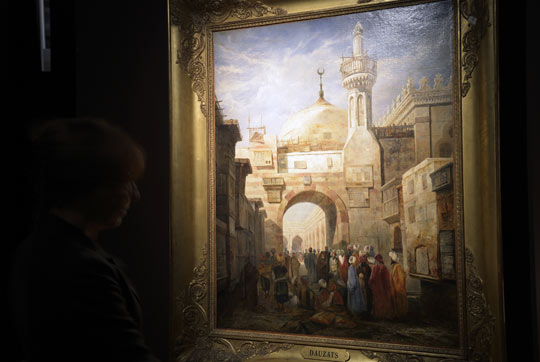 Equally mythical is the storyteller, queen Scheherazade, who legend has it earned a day’s respite from execution from a cruel, womanising king by promising — cliffhanger-style — a new instalment of her tales each night.

A Pablo Picasso sketch and an abstract painting by Rene Magritte feature among the many representations of the beguiling beauty at the heart of “The Arabian nights”, as the tales are sometimes known in the English-speaking world. “Scheherazade remains for many a symbol of the emancipating power of speech, of knowledge’s triumph over tyranny and a woman’s courage in the face of injustice,” write the curators. 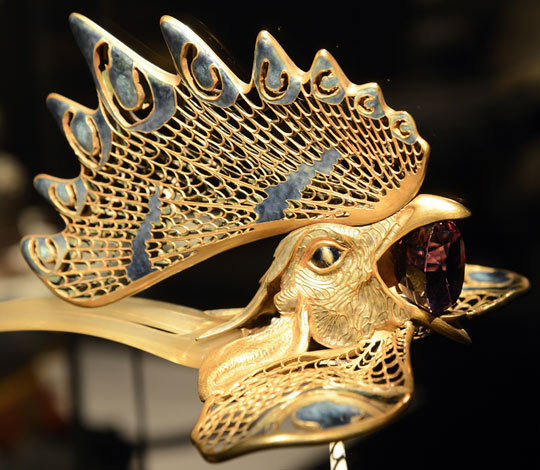 The show also notes, however, that some modern feminists blame the figure of Scheherazade for perpetuating a narrow vision of women in the Arab world. Wood-and-bone doors from 15th century Egypt or Syria, or a tiny glazed ceramic oil lamp from ninth-century Egypt — intend to recreate the setting of the tales, between the great cities of Baghdad, Damascus or Cairo. And visitors can settle into a listening booth to hear one of 15 tales, or catch a clip from one of 12 movies inspired by the “Nights”, from the 1924 “The Thief of Baghdad” with Douglas Fairbanks to Pier Paolo Pasolini’s 1974 version.