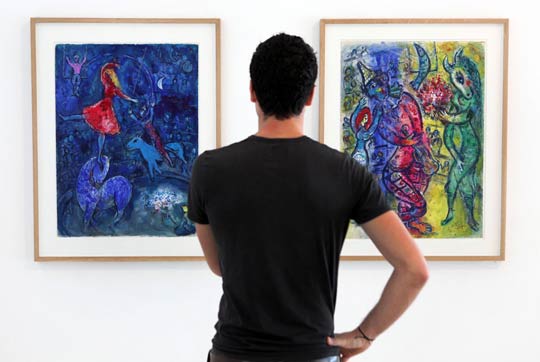 “New money tends to buy new art. After a while, as they become more comfortable—both with their money and collecting—they start looking at older works” -Inge Reist, director of the Center for the History of Collecting.

New York City has such an abundance of great museums and blockbuster exhibitions that it’s easy to overlook some of the smaller players. And by smaller, I mean mostly in size, not in quality: The artworks hanging at the Frick Collection or the Morgan Library are the equal of anything at the Met.

In some ways, the viewing experience is actually superior with a smaller collection. For starters, the art is sometimes housed in what used to be the absurdly rich collector’s mansion, which still retains many of the trappings of his or her wealth, occasionally peculiar taste and social-climbing prowess. And the café or restaurant usually isn’t bad, either.

Also, the crowds tend to be smaller. Unlike at the Metropolitan Museum or MoMA, where on an average busy day it becomes easy to hate the rest of the human race as you jockey with fellow art lovers for post position in front of a popular Vermeer or Picasso, at the Frick or Morgan you can often have a world-class El Greco or Ingres all to yourself.

Finally, there’s the snob appeal. So what if you’ve visited the Met in New York, the National Gallery in London or the Louvre in Paris? Busloads of people, many of whom don’t know a da Vinci from a Diego Rivera, do that every day. But if someone asks your favorite thing about Paris and you answer “the Musée Jacquemart-André,” they’ll credit you with sophisticated taste and a superior intellect. so what if you spend most of your life in front of the TV watching “Seinfeld” reruns?