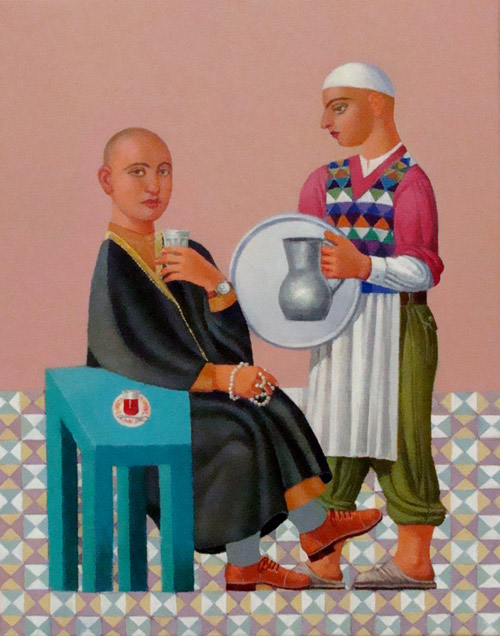 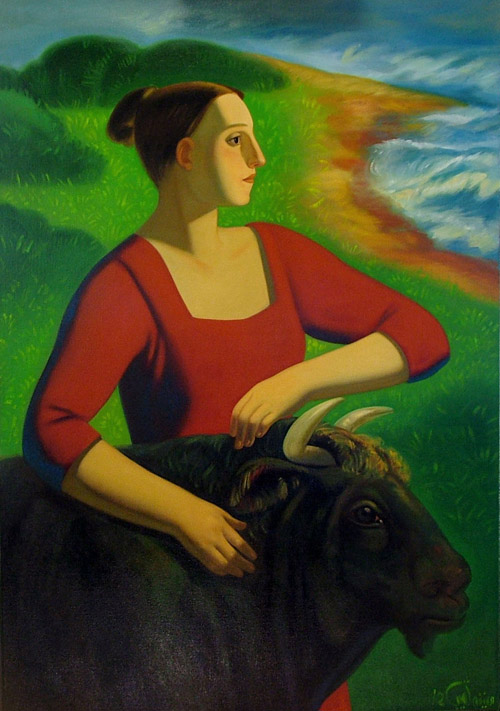 Athar Jaber Salman was born in Rome in 1982. From 1982 and 1998 he lives between Rome and Florence. There he taught drawing by sketching the world famous sculptures that adorn the two cities. Drawing still plays an important role in his work. Thought they are not ment to be literally transferred on marble, these “studies” are essential in setting the general idea to which he aspires in his sculptures. Later  he lived in the Netherlands and, in 2004 decided to move to Belgium to study sculpture at the Royal Academy of Fine Arts of Antwerp. In 2008 he received his Master degree in sculpture. He currently teaches sculpture at the same institution.

Abdul Eilah Aleiby  was born in Basra (Iraq) 1949 . In 1972 he left Iraq to study at the Academy of Fine Arts in Rome, Italy, where he graduated in 1975. Currently, Abdul lives in Sweden, where he has been working for more than 25 years.

Afifa Aleiby was born  in 1953 in Basra, Iraq. In 1974 she graduated of Fine Arts in Baghdad. From 1971 to 1974 she worked as an illustrator for a newspaper. Then she studied eight years studying Surikov Institute in Moscow, where in 1981 she received her diploma. She then spent 12 years in Florence, Italy, and taught for a short time in Yemen. For several years she lives and works in the Netherlands.

Faisal Laibi Sahi was born in Basra, Iraq, 1947. Graduated from the Institute of Fine Arts, Baghdad in 1968 and the Academy of Fine Arts at the Baghdad University in 1971, with further studies at the École Nationale Supérieure des Beaux-Arts and the Université de la Sorbonne in Paris from 1980-81. From 1988-1991, he taught painting and drawing at the Fine Arts School in Skikda, Algeria. Faisal has designed many book covers, magazines, and has written many articles about art, literature, politics, and aesthetics. Currently artist lives in London.

Exhibition will continue until 30th of April, 2013