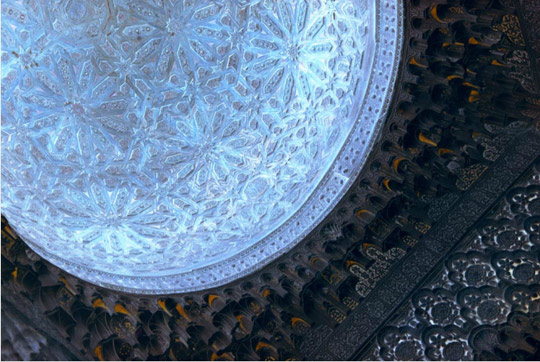 “The idea for “Seeking Al-Tawhid” came to me while thinking about the longstanding nonacceptance of depictions of humans and animals in Islamic art, and the resulting development of the Arabesque in which abstract geometry and stylized organic motifs are used to symbolize, within our manifest realm, that which is beyond manifestation.
I discovered that the infinitely extensible designs in Islamic art, that are themselves made up of individual, self-replicating units have been interpreted as visual demonstrations of the singleness of God and his presence everywhere. They represent ‘unity in multiplicity’ and ‘multiplicity in unity’.”