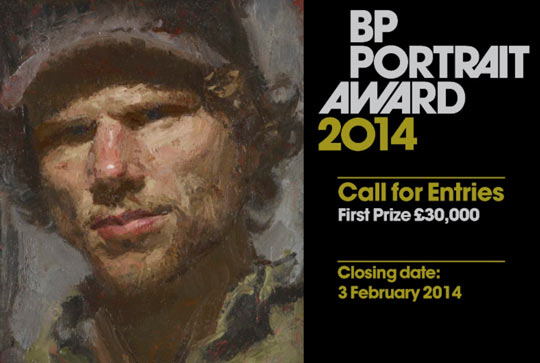 National Portrait Gallery in London announced Call for artists for BP Portrait Award 2014. The competition is open to all artists from around the world.