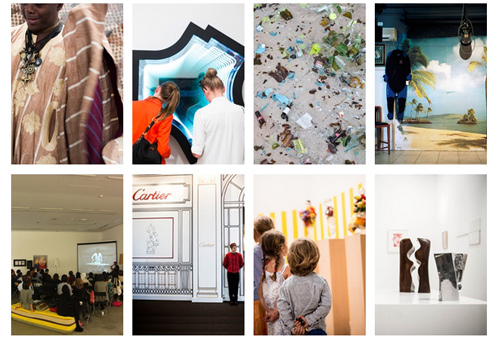 Art Dubai Projects includes artists and collectives from the Middle East, North Africa and Asia, commissioned to create new works that are exhibited throughout the fair.

Selected artists are invited to intervene in and comment on the fair, creating new works that engage audiences and interact with the fair environment.

The new commissions, developed and organised with this year’s Projects Curator, Fawz Kabra, include site-specific installation, painting and performance works exhibited throughout Art Dubai’s halls, as well as interventions in the catalogue and online platforms.

Art Dubai Projects has become an incubator for some of the most compelling artists and curators from the Middle East and Asia. It offers an alternative and experimental way to activate, challenge and respond to the more formal structures of the fair and marks Art Dubai’s commitment to sustaining a dialogue with its immediate environment, while working in partnership with institutions, artists and cultural producers.

For the first time, the artists and collectives will engage across Art Dubai’s three gallery programmes: Contemporary; Modern, the newly launched gallery hall dedicated to 20th century art from the Arab world, Iran and South Asia; and Marker, focusing in 2014 on Central Asia and the Caucasus, and curated by Slavs and Tatars. The Global Art Forum continues its dynamic programming of live talks, projects and publications. The fair’s programming also features an exhibition of new works by winners of the annual The Abraaj Group Art Prize: Abbas Akhavan, Kamrooz Aram, Bouchra Khalili, Basim Magdy and Anup Mathew Thomas, working with Guest Curator Nada Raza.