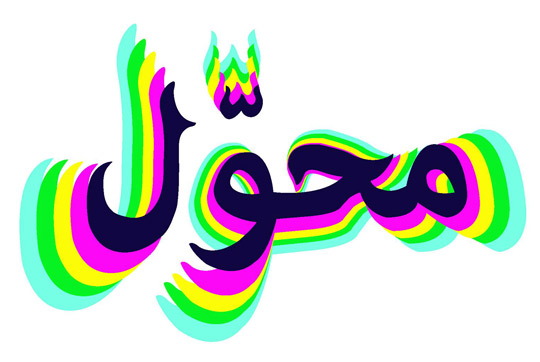 “Muhawwil” is a four-channel video installation based on Islamic figurative murals painted on electric power stations in Kuwait. These murals mark a transformation in religious discourse within Gulf societies: where once only calligraphic depictions of this nature were allowed, today’s pop-culture and mass-production of images have forced conservative entities to reconsider this tradition and take up a mutated technique to convey moral advice – wall paintings. This project reconstructs these paintings into animation, so as to highlight the dilemma of representation that exists between the ancient and the modern.

Monira Al Qadiri is a Kuwaiti artist born in Senegal and educated in Japan. In 2010, she received a Ph.D. in inter-media art from Tokyo University of the Arts. Her research is focused on the aesthetics of sadness in the Middle-East, and her works explore the dysfunctional gender roles in Arab societies, as well as the displacement of cultural and religious identities. She has held solo exhibitions in Japan & Kuwait, and participated in collective exhibitions and screenings in Dubai, Beirut, New York, London, Berlin, Paris & Shanghai among others. She is also a member of the artist collective GCC.