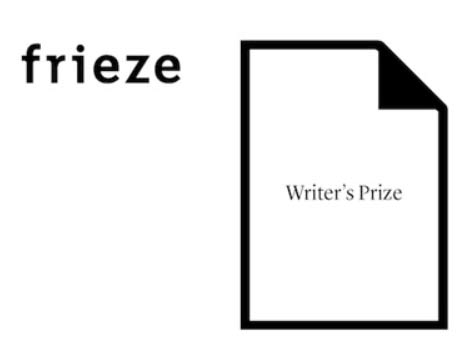 Frieze Writer’s Prize, an annual international award to discover and promote new art critics, is now open for entries. The winner will be commissioned to write a review for frieze and will be awarded 2,000 GBP.

This year, the prize will be judged by Amy Sherlock, reviews editor of frieze, Vivian Sky Rehberg, a contributing editor of frieze based in Rotterdam, and the British novelist and literary critic Ned Beauman.

Guidelines for submissions
–Entries must be submitted in English, but may be translated (this must be acknowledged).
–Entrants must be over 18 years of age.
–Entrants may have previously had a maximum of three pieces of writing on art published.
–The closing date for entries is 21 July, 2014

Judges
Ned Beauman is a British novelist and literary critic. His debut novel Boxer, Beetle (2010) was shortlisted for the Guardian First Book Award and The Teleportation Accident (2012) was long-listed for the Man Booker Prize. In 2013, he was included in the Granta magazine list of 20 Best Young Writers.
Vivian Sky Rehberg is a freelance critic and contributing editor of frieze. She is also course director of the MFA programme at the Piet Zwart Institute, Rotterdam.
Amy Sherlock is reviews editor at frieze.

Aspiring art critics are invited to submit one unpublished review of a recent contemporary art exhibition, which should be 700 words in length.

Entries should be emailed as a word attachment to writersprize@frieze.com.