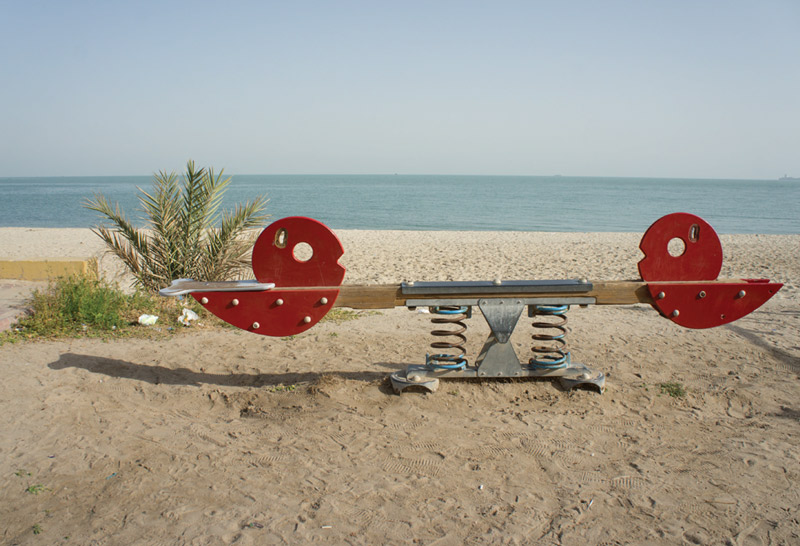 The Mappings Project engages the artist in a photographic experience in which one photograph is taken every minute continuously during a 24-hour period resulting in a total of 1,440 images. The photographic residue, presented as a monolithic grid, is sequentially ordered in 24 rows (one row per hour), with each row containing 60 columns (one column per minute). Each project, which is captured in a different location, results in a singular work of art.

Mapping Latitude 42 Longitude 121 begins at the end of an overgrown dirt road in the middle of Yamhill County, Oregon, USA.

Mapping Kuwait begins at sunrise on 16 April 2012 in the vicinity of the Kuwait Towers. The ensuing 24-hours follows the artist on an undetermined path where he records the visual chemistry of the changing landscape – cataloguing the most mundane elements that collectively capture the fingerprint of a specific space and time.