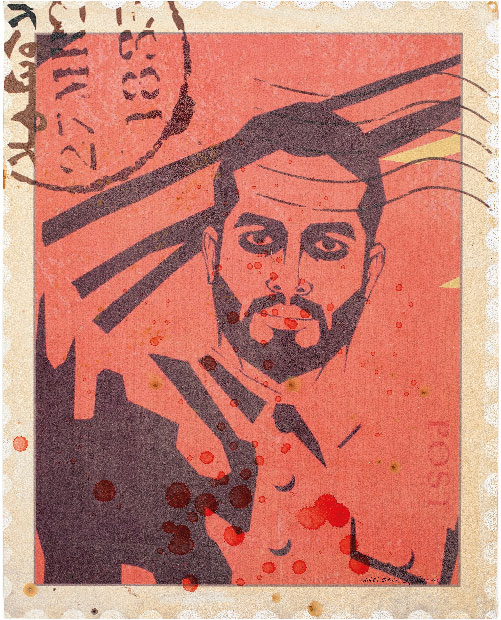 Exhibition In 2003, a storage container was discovered in an unknown location in the Middle East. Stored inside were numerous boxes that held the political campaign material (believed to date from 1979 to 1983) of a now unknown man. The contents caught the eye of an art collector based in North America, who purchased the collection in an agreement that prevented him from displaying the items publicly until 2014. Last year, through a mutual friend, the collector contacted Mahmoud Obaidi so they could collaborate on an exhibition project that would recreate many of the items uncovered in 2003. The Replacement is the result of this collaboration.

Mahmoud Obaidi is an Iraqi-Canadian artist, born in 1966 in Baghdad. After leaving Iraq in 1991, he obtained his Masters of Fine Arts at the University of Guelph in Canada, and completed diplomas in New Media and Film in Toronto and Los Angeles. Since his first international solo exhibition in 1995, his work has been exhibited in a number of museums and galleries around the world, including the Musée de l’Institut du Monde Arabe, Paris; Musée d’Art Contemporain, De Baie-Saint-Paul, Quebec; Station Museum of Contemporary Art, Houston, Texas; Mathaf: Arab Museum of Modern Art and Museum of Islamic Art, Doha; Jordan National Gallery of Fine Arts, Amman; and National Museum of Bahrain, Manama, among others. His work is part of the permanent collection of a number of significant museums, foundations and private collections.