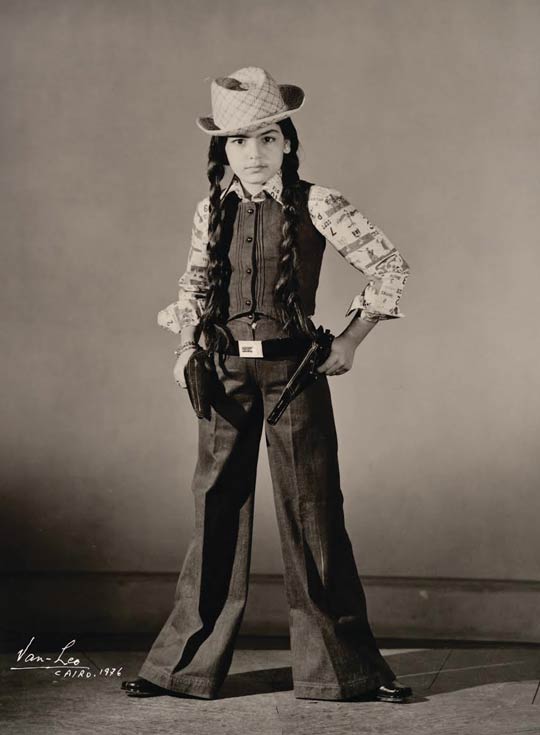 Van Leo (a.k.a. Leon Boyadjian) was known as the photographer of the stars of the silver screen during Egypt’s golden age of cinema. He also photographed a significant number of Cairo’s elite society from the 1940s-1990s. From Roushdy Abaza, Faten Hamama, Samia Gamal, Omar Sherif to lesser knowns, Van Leo made unique black and white portraits- many of which requested hand-coloring when there was no Kodachrome or color printing available- from his famed studio on Sharia Fouad (present day 26th July Street). Van Leo also made passionate and avant garde self-portraits that are widely acclaimed- during the whirl and buzz ofWWII Cairo. For this endeavor, he drew the wrath of his father for being a waste of film, time and money.

After 50 years of continuously running a studio photography business during both turbulent and quiet times in Cairo, Van Leo called it quits in 1998. He bequeathed his entire collection of over 20,000 negatives and prints to the American University in Cairo (AUC) for safekeeping and preservation of his great legacy.

All of the photographs in this exhibition are traditionally made gelatin-silver fiber prints, printed in the darkroom from the original negatives.

Exhibition is ongoing until 12th of February 2015