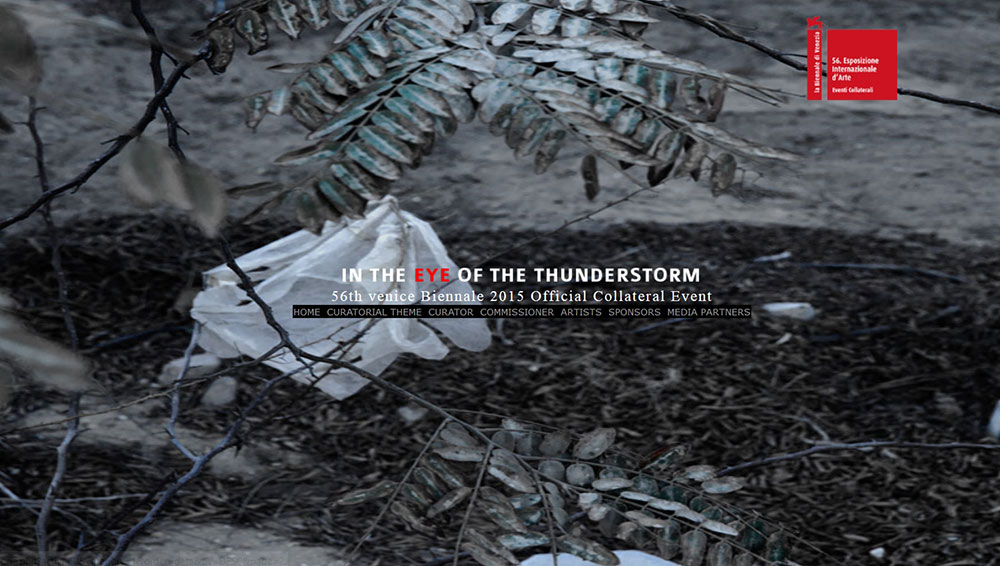 In the Eye of the Thunderstorm: Effervescent Practices from the Arab World is the 56th venice Biennale 2015 Official Collateral Event
Curated by Martina Corgnati

“When a hurricane1 occurs, the so-called “eye” remains an extraordinary calm zone, independent and undamaged by the giddy and violent movement of the cyclone winds around. An image that properly describes what are –in some cases what it should be– aesthetics’ and art’s positions and privilege towards political chronicle and history as well: they are totally “inside”, embedded in the core, and nevertheless they remain “outside”. Art and artists are at the very center of turbulent, violent –and even catastrophic– occurrences that haul them off and involve them to the extreme. In other words, they live in a dimension obsessed –and sometimes dictated– by history, but at the same time are still individual, independent, on their own as sole facts. They act as observers in order to keep a proper distance enough to develop a critical regard and a critical afterthought, a space for creativity and for debate, processing both chronicle and history, scrutinizing the present as well as the past.

These artists have been selected mostly in the generation of the forty-fifty- year-olds, a mid-carrier generation which is reaching the top of its artistic maturity and its life experience, and which is –for this very reason– the privileged witness of a time and a space where changes and instability move in excessive speed, sometimes jeopardizing the erasure of local memory and cultural heritage, traditions and landscape.” 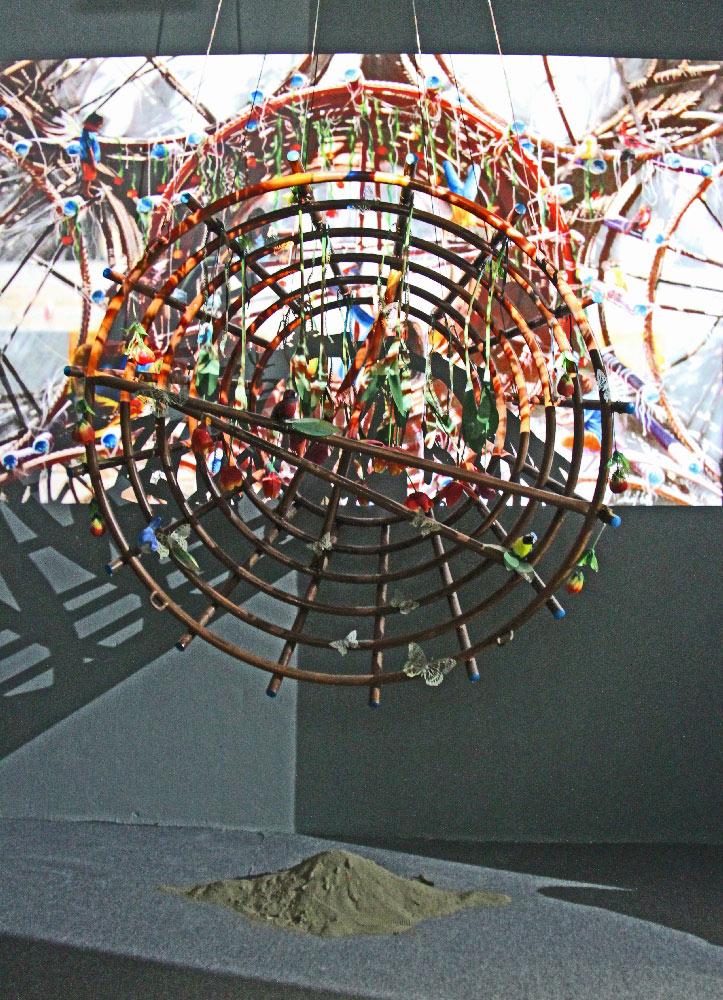 An artwork by Shurooq Amin