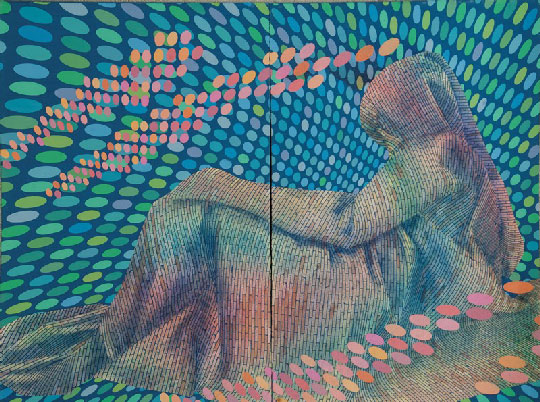 Hiresh Shiva was born in Sardasht/Kurdistan, Iran in 1980. He began studying Art in Uromieh Iran and in 2008 he received his Bachelor’s degree from Art University of Tehran.

Shiva’s work are exhibited widely at galleries and art fairs throughout Iran and the Middle East, including the Istanbul Art Fair.

Shiva’s body of work has a common background of hard brick walls, which turn out to be malleable to extract graceful figurative forms. His ability to create this contrast between hard and fluid with subtle inscriptions of calligraphy, has allowed him to produce works that are profoundly beautiful and thought provoking.

Exhibition is organized in collaboration with Boushahri Gallery

Exhibition is ongoing until 15th of October 2015