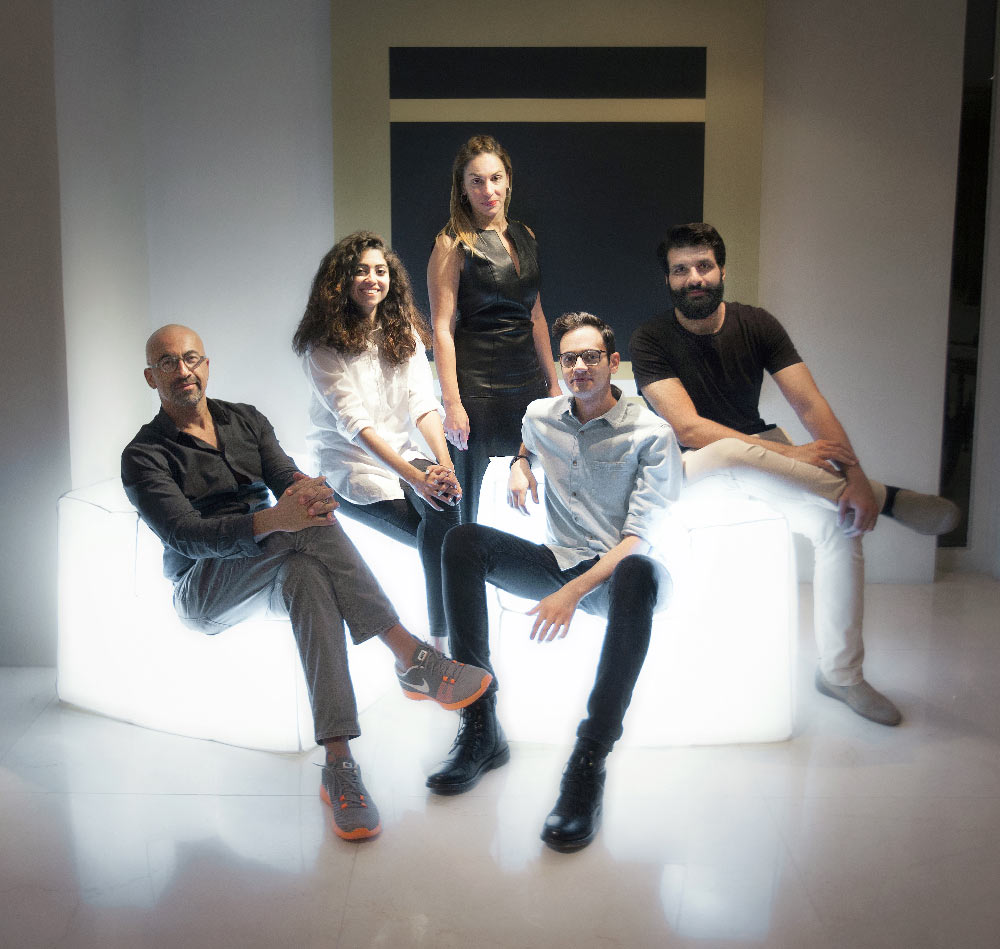 Creating a point of time that encourages the growth of the design industry in Dubai, Dubai Design Week will not only establish the city as the regional capital for design, but also as a global meeting point for the international design community. Design-dedicated events, activities and projects within d3 and across the city will celebrate the best in design both regionally and internationally.

About ABWAB
A major Dubai Design Week initiative, Abwab is a series of six pavilions built to celebrate and showcase the work of the most exciting designers, studios and curators from six different countries in the MENASA region. Abwab, which means ‘doors’ in Arabic, acts as a direct portal to the region’s local design talent. A curator from each participating country leads the designers to generate never before-seen design content under one unifying theme, this year being – Games: The Element of Play in Culture.

In 2015, Jordan, Kuwait, Pakistan, Saudi Arabia, Tunisia and the UAE have been invited to present the best of their countries design. Integrated into the walkways of Dubai Design District (d3), the Abwab pavilions have been designed by Dubai-based architecture and design studio, Loci Architecture + Design. 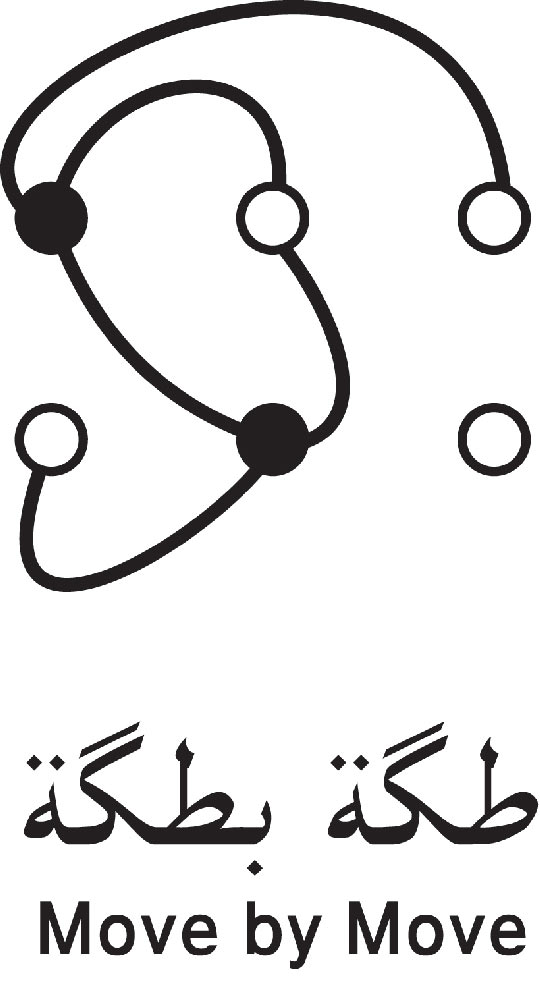 The tagga ib tagga exhibition is a proposal to keep research documents alive through visual language. The exhibition relies on design in its essence, using pictograms, spatial design and various forms.

Play is a universal, innate act, whether it is traditional or digital. The act and rules of “play”can be very easily understood by simply watching others in the act. It is not uncommon in both digital and non-digital games to learn the rules by watching. Games are often watched online to enhance play or gaming. Therefore the rules and methods of play can be communicated visually, just as pictograms communicate messages without text.

Pictograms are pre-historic in nature (cave drawings, hieroglyphics, calligraphy, being some examples) which automatically lends them to being the suitable visual language when discussing a subject – play – that is pre-historic, and transcends time and place.

To parallel the idea of the universality of play and functional design, pictograms (visual symbols)are chosen as the mode of representation for the tagga ib tagga exhibition. Through a series of original pictograms and spatial design, both specific to ABWAB, there is an emphasis on the timelessness of games and play. By using ideograms (a pictogram that conveys a message), the distinction between pre- and post-digital play is blurred. When portrayed by ideograms, games become suspended in time, their simplicity lending them to eternal play. 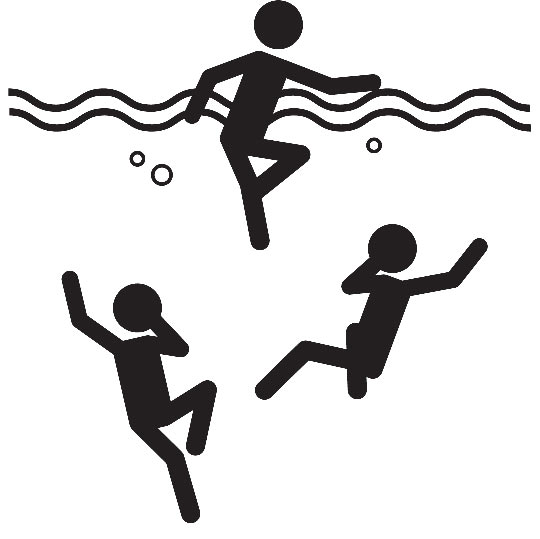 Ideograms are used here to abbreviate long descriptions of play and rules. This abbreviation takes into account that the viewer is able to intuitively understand the games and their rules. Visual language surpasses the need to state the obvious, or to enter into details that are common knowledge. Like games that are universal in some form – hide-and-seek, tag, tug of war, and dodgeball to name a few – the visual language does change, taking on new forms and objects, adapting to becoming farther-reaching than just their locality.

The designed ideograms for tagga ib tagga lend themselves to the physicality of the games – the movement involved and their playful essence. In the Touch base pictogram, the crouching of the stick figure’s posture implies vigilance, while the arched back of another figure implies defensiveness or aggression. Borrowing from online maps, the use of the location pin appears in the pictograms, to define home or “safe” spaces, or goals. 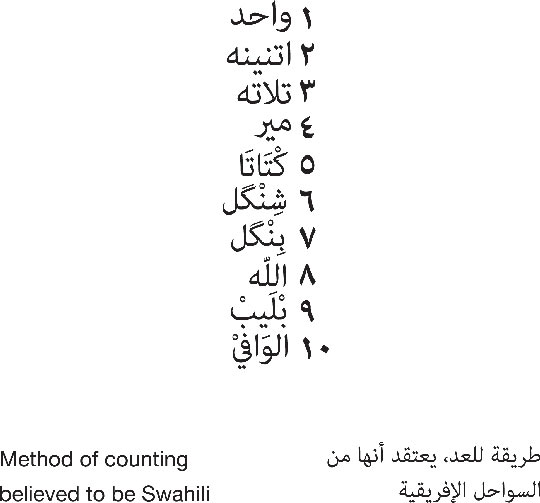 Given the pre-designed rectangular pavilions, it was necessary that the spatial design galvanize the movement, play, and spirit in the pictograms. The large size design of the display accosts the viewer, forcing him/her to watch the play, and in some cases be part of the play. The viewer is faced the depictions of play, anticipation, anxiety, loss, gain, violence, and strength.

There are certain games and forms of play that have evolved in Kuwait, to reflect social and economic changes, but also their dependency on the terrain. Chasing cars and water sports have evolved with the introduction of machines. Previously kites were crafted and flown – today there are designated areas for flying imported kites. Some games have disappeared de facto, like Pull-along Starfish, which was a craft-based game associated with the pearl diving season, now long replaced by other occupations.

Play is instinctive to all of mankind.By investigating the extensive documentation in Ayoub Hussein Al-Ayoub’s book Our Traditional Kuwaiti Games, we see that revolutions, discoveries and evolutions have taken place in the landscape, but in games and play, there are no demarcation lines – there is merely a physiological need to entertain and challenge the self, the other, the imagination and the environment.

In Our Traditional Kuwaiti Games, Al-Ayoub outlines games played in Kuwait throughout historyin chapters organized by gender and he describes games that would be played in the dark or light. It was a conscious decision not to discriminate between genders nor time of day, as Kuwait has long changed and evolved.
Just like a book makes an attempt at a cohesive communication, the tagga ib tagga pavilion, part of ABWAB 2015 in Dubai Design Week, proposes that research documents can be revived through forms of visual communication –part and parcel of a shared global culture in which information is communicated in 10 seconds, before another visual distraction pings.

Waleed Shaalan
Waleed Shaalan is an architect, artist and storyteller. He has had a darkroom since the age of 9 and is passionate about photography and travel, having crossed Europe, Iran, South Africa Turkey the US and the Middle East on his motorcycle and writing travel articles along the way. Waleed currently serves as Senior Vice President and Senior Projects Manager at United Real Estate Company Kuwait, previously performing the role of Design Principal at SSH Design (2009-2013) and Founder of Brainstorm Design Studio (1999-2009). He is multidisciplinary and collaborative in his approach, working with a number of entities such as Atelier Jean Nouvel and Clould 9 Barcelona.
He has won a number of international design awards for his work such as the World Architecture Festival Award (Singapore 2012) for his design of the Junoot Eco Resort in Oman. Waleed regularly critiques student work at the KuwaitUniversity Architecture School.

He believes in the importance of balancing discipline and freedom – Waleed took a year off in 1994 and lived in Antigua Guatemala where he worked as an assistant art director on the feature film Silenco De Neto and started a blues band called the Blu Dawgs. In addition to his career accomplishments he is one of the few people in his generation to have barely skipped a beat when it comes to dancing with this one – Waleed is active on a number of social media platforms including Instagram, Facebook and Snapchat with a formidable
following.

Osama Hadeed
Osama Hadeed is an architect and animation enthusiast from Kuwait. He took part in the country’s first Venice Architecture Biennale participation in 2012, the same year he started working for the Ministry of Defense, which he does until present. Outside of work, Osama enjoys video games and freelancing in graphic design.

Liane Al Ghusain
Liane Al Ghusain is a writer whose work has been featured in publications such as Berlin Quarterly, the Outpost, Brownbook and Portal 9 Journal. Liane was a Forum Fellow at Art Dubai 2015. She has worked on various film, culture and visual arts projects – Kuwait’s participation in the Venice Architecture Biennale 2014, NYU Abu Dhabi’s Searching for Ancient Arabia research project, and the Nuqat conference amongst them. She holds a BA and MA in English literature and creative writing from Stanford University and has done postgraduate work at the Ashkal Alwan Home Workspace program in Beirut. Liane enjoys learning about new age therapies, yoga and tarot reading.

Abdulaziz M. AlKandari
Abdulaziz M. AlKandari is an architect and co-founder of yourAOK Network (2013 – present). Abdulaziz worked as an architect with Multitude Agency and was part of the architect team for AlShaheed Park development (2011 – 2013). Previously Abdulaziz worked with Vision Developers Architects and trained for 6 months with Space Group (2011). In Seoul, he worked with Space Magazine and in Kuwait he served as a board member and the creative director of T-Square magazine.

Building on his lifelong interest in media and information, Abdulaziz started a blog in 2010 named AOK (Architecture of Kuwait) to document architectural projects in Kuwait. Later on in 2012, Abdulaziz co-founded yourAOK Network as an extension to the blog to empower designers and artists in the MENA region. The network provides an online platform for designers and artists, publishes Pages Magazine and organizes workshops and Benchmark forum. In 2015 Abdulaziz started to work on freelance projects in concept development and construction supervision for interior works.

Abwab will be taking place from 26 – 31 October, 2015 located in the open areas of Dubai Design District.