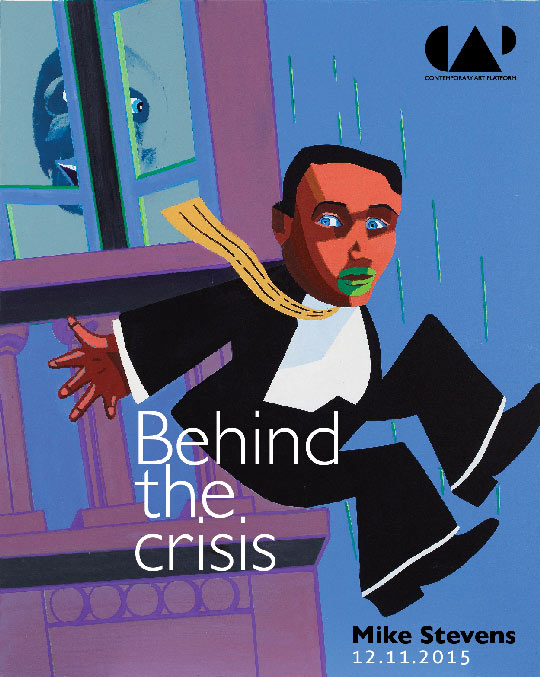 Opening reception is on Thursday, 12 at 7-9pm

On September 11th 2001, the United States was struck to the core. The beginning of a millennium suddenly sounded more like the end of a dynasty. In the meantime, the U.S. has imprinted the footsteps of forced marches upon the world, with its working class, new filmmakers, artists, or young recruits. Whether in the hellish provinces of Vietnam or on Wall Street, they have all served the American dream, each doing their part, willingly or not, in the great factory that is the western imagination. Throughout Mike Stevens’ solo exhibition Behind The Crisis, the artist marks out new, highly politicized visions of this great capitalist factory, behind which a world is just barely holding on.

About the Conference:
The Copy/Paste Syndrome: Is anything original? Is imitation a disease? This November, Nuqat’s sixth annual conference will be organized around the theme of ‘Copy/Paste Syndrome,’ looking at how imitation both inspires and limits creative production.

Exhibitions are ongoing until 19th of November, 2015