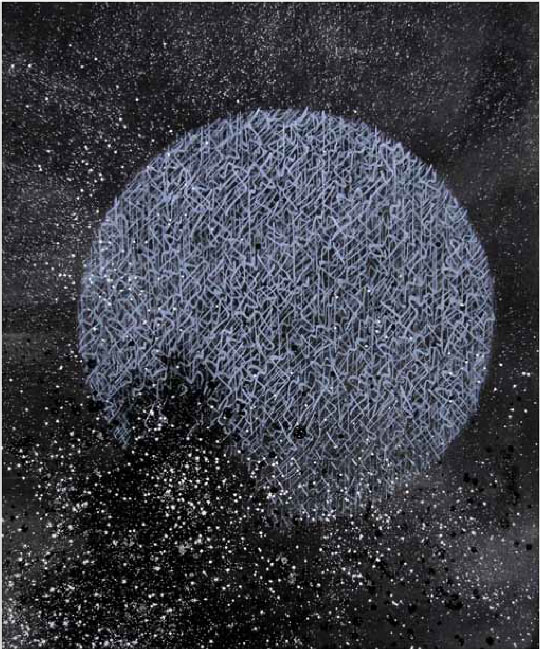 Opening on Monday 16 November at 7 pm

Nasser Al Aswadi was born in Yemen in 1978, he studied architecture and started his career teaching in Taiz and Sanaa. In 2001 he had his first exhibition in Sanaa. Since 2008 he lives and works in France. He has had solo exhibitions in Europe and the Middle East.
Calligraphy to Nasser Al- Aswadi is a way to express feelings and thoughts without them being linked to the language. He deals particularly with Arabic letters, words, forms and its religious and musical sources. It was for this variation in meaning and styles that had great influence on the artist’s sense of creativity.

Contemporary Art Platform: A Fifteen-Year Journey / The Art ...
Opening of Abolish 153 at CAP
CAP: The trials and tribulations of a cultural entrepreneur ...