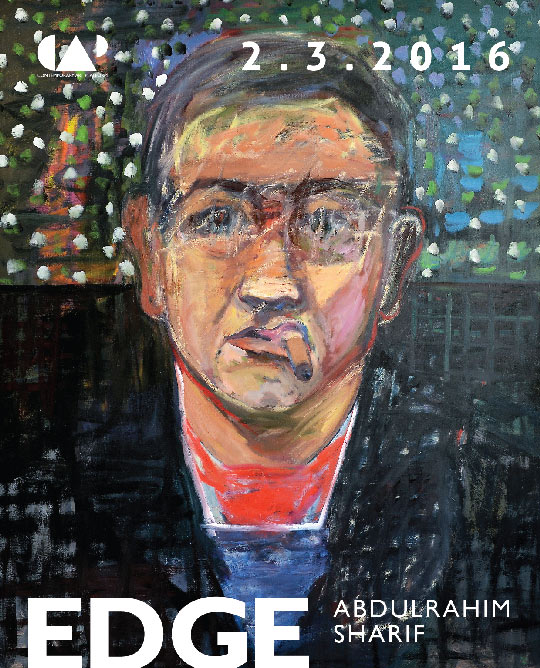 Master of his artistic domain, Abdulrahim Sharif portrays a potent skill when handling his visual instruments, so deeply infused by a lustful and boundaries-free world of manipulative passion in discovering a new chemistry among colors.

With him, each notion or shape can turn into a body of interpretation, as for Sharif, subject matter needs minimal effort to be pronounced… Yet it is just a flimsy excuse to begin his journey of going after entangled lines and color tracts inter crossing aimlessly.

Annihilation is almost always the destination, with an edge clear in sight and another hidden in between color entrapment, and man as well, but perhaps not alone on edge; but probably in limbo of a dark and succumb-forced destiny, with humanity almost deformed out of terror and tragedies all storming Sharif’s imagination; bombs replacing flowers, terrified monkeys and dogs, sleeping kittens… and sharks, all orbiting his mind, disintegrating; or on the verge of extinction in a world yet to be.

Exhibition is ongoing until April 2nd, 2016