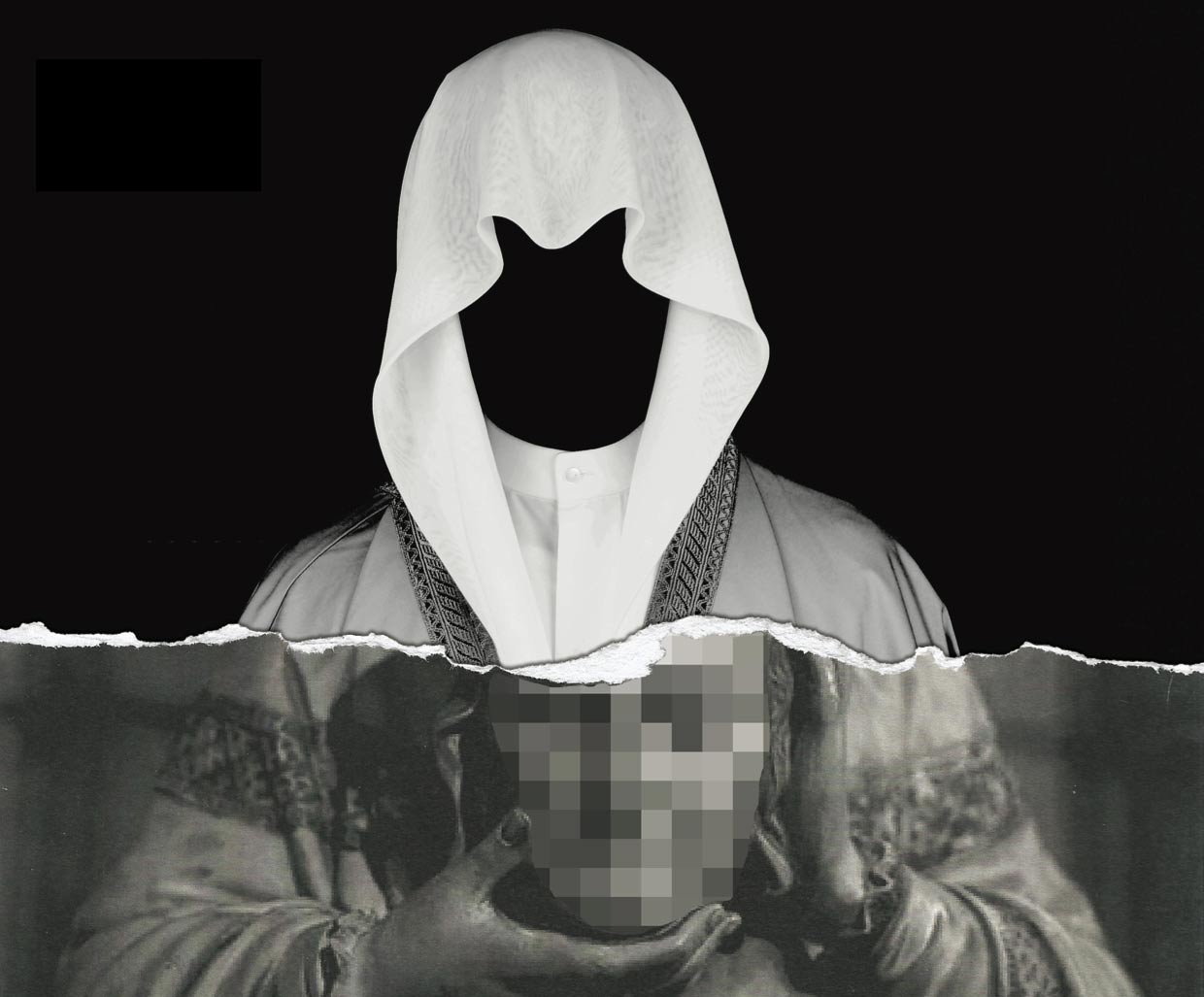 Opening reception is on Wednesday, 21 September, 2016 at 7pm

History repeats itself in similar cycles no matter how long those cycles are; whether they are days, years, decades, centuries, or even millenniums. We may not notice these repetitions as they occur because of the changes in time or the new pattern that they may take, yet we only notice them once they become part of history. This installation attempts to relate what is happening now in the Middle East to what was happening in the past. In particular, this installation emphasizes the similarities between the current events in the Middle East and the events in Europe during the dark ages.

During the dark ages, Catholic priests had the ultimate power. They preyed on the trust of the common man, which was hindered by the spread of illiteracy. Priests promised sinners salvation for a levy. In a similar fashion, some groups are misusing the name of religion in the Middle East, where poverty and paucity of the good education are also ubiquitous.

In this installation, the similarity between both periods is underscored. In particular, the video highlights the dark ritual elements in a suicide bombers’ preparation. Furthermore, the insertion of elements from a catholic sacramental service underlines the twisted notion that religion can be used to justify the commitment of cruel actions.

The suicide vests are the contemporary equivalent to the indulgences from the dark ages. Both are utilized by the so-called religious men and marketed as the key to salvation and god’s forgiveness. Moreover, this installation can be seen in two perspectives. First, it explains to non-Muslims that the current violence is the fruit of abusing religion and following a false path and in some ways, it’s a revival of the indulgences. Second, it warns Muslims that they are living in their own dark age and they need an awakening.

Exhibition is ongoing until 28th of September, 2016