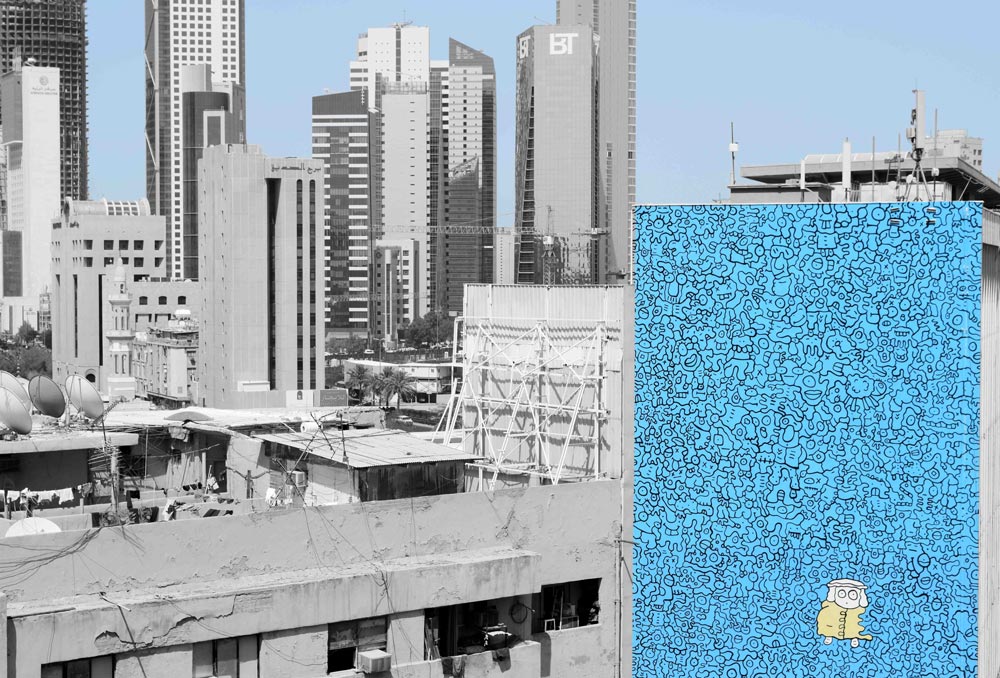 In Lebanon: A Single Man is isolated by choice. A Single Man has rejected the society he lives in, he has rejected theirman-made rules which have molded him, restricted him, and birthed him with an innate hatred of others. Taking a step back, he gains consciousness of his individuality. He has taken a breath and taken time to gain perspective on the chaos. Single Man works on himself from within and reflects on how this can change his community, one he both loves and loathes. Single Man’s struggle with his relationship to society is one faced by all… individually.

In Kuwait: This same guy is trying to fit in a new environment. This time he`s in Kuwait between the people, wearing there traditional uniform hoping that it will make his mission easier.

Single Man is not just representing the artist, it represents most of the young generation in Lebanon ho is tiered from this chaos that were living, and immigration to a new country became there target in life.

Kuwait project was sponsored by Jedareyat 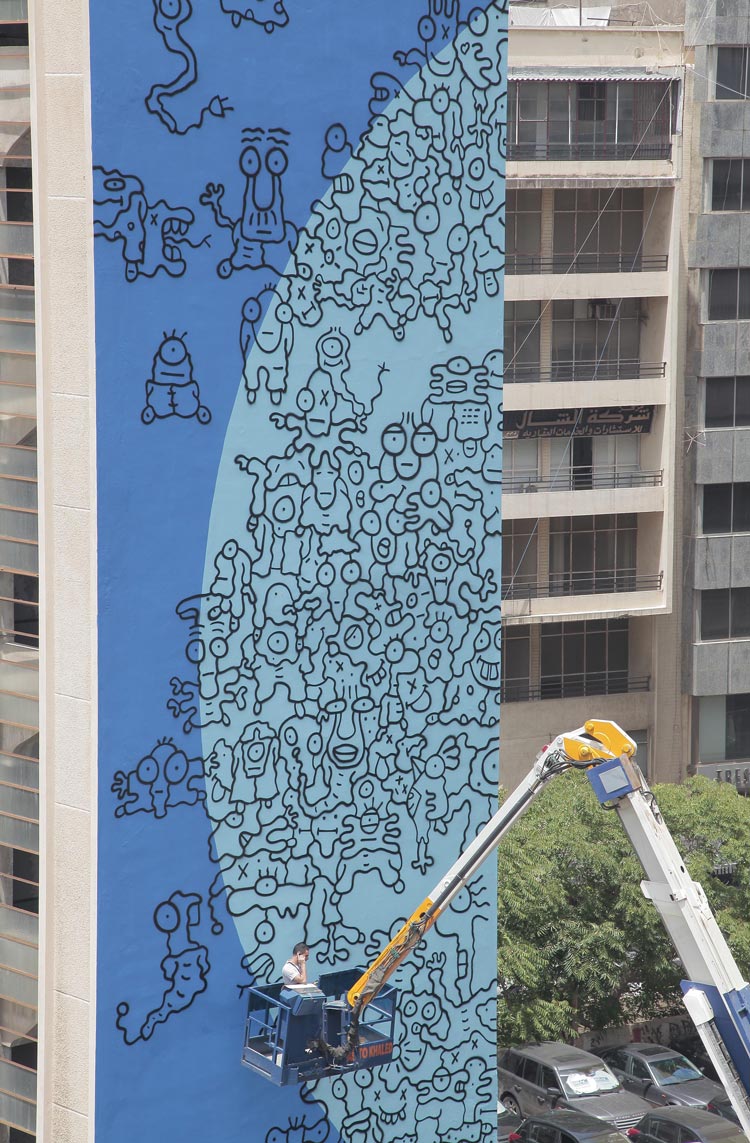 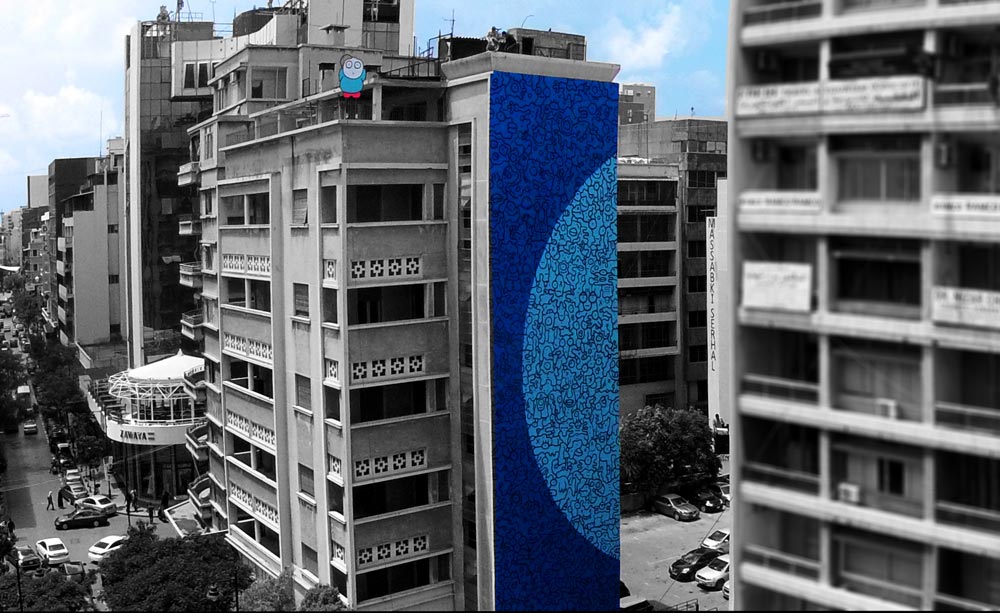 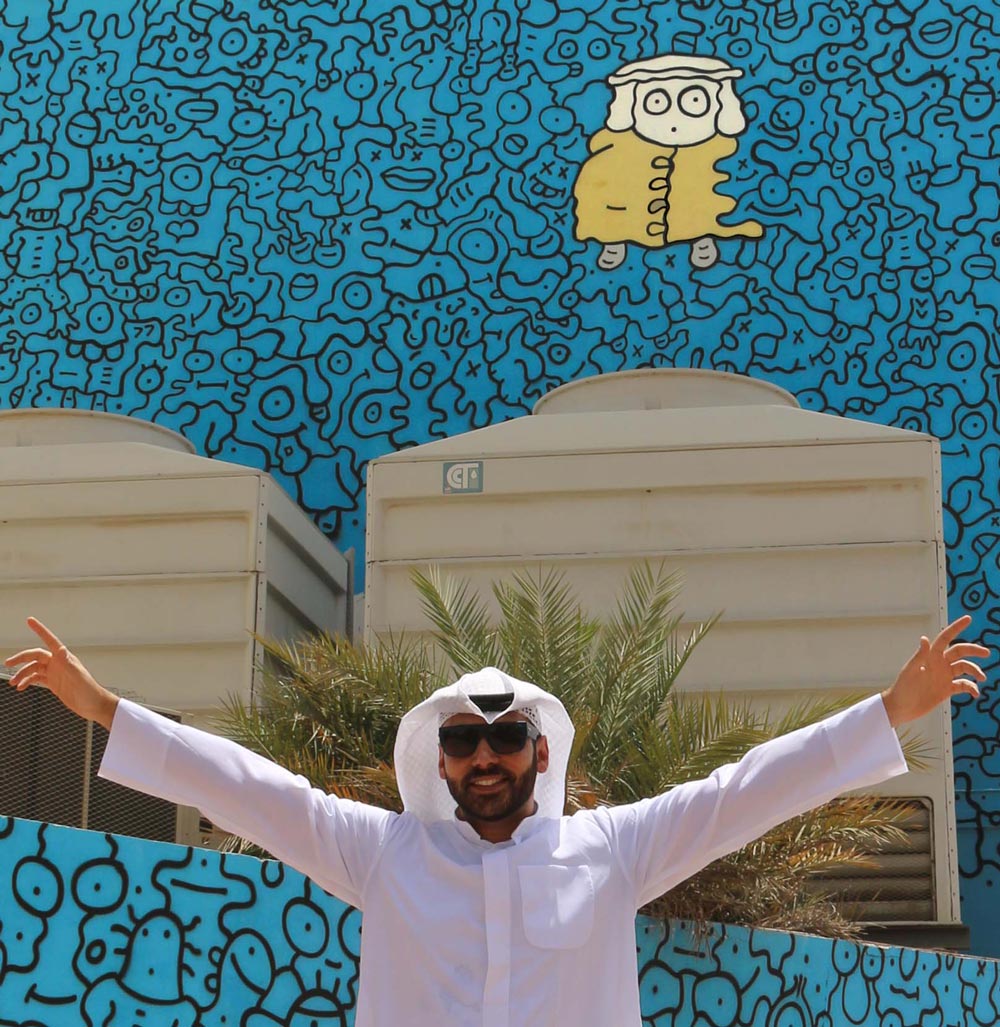